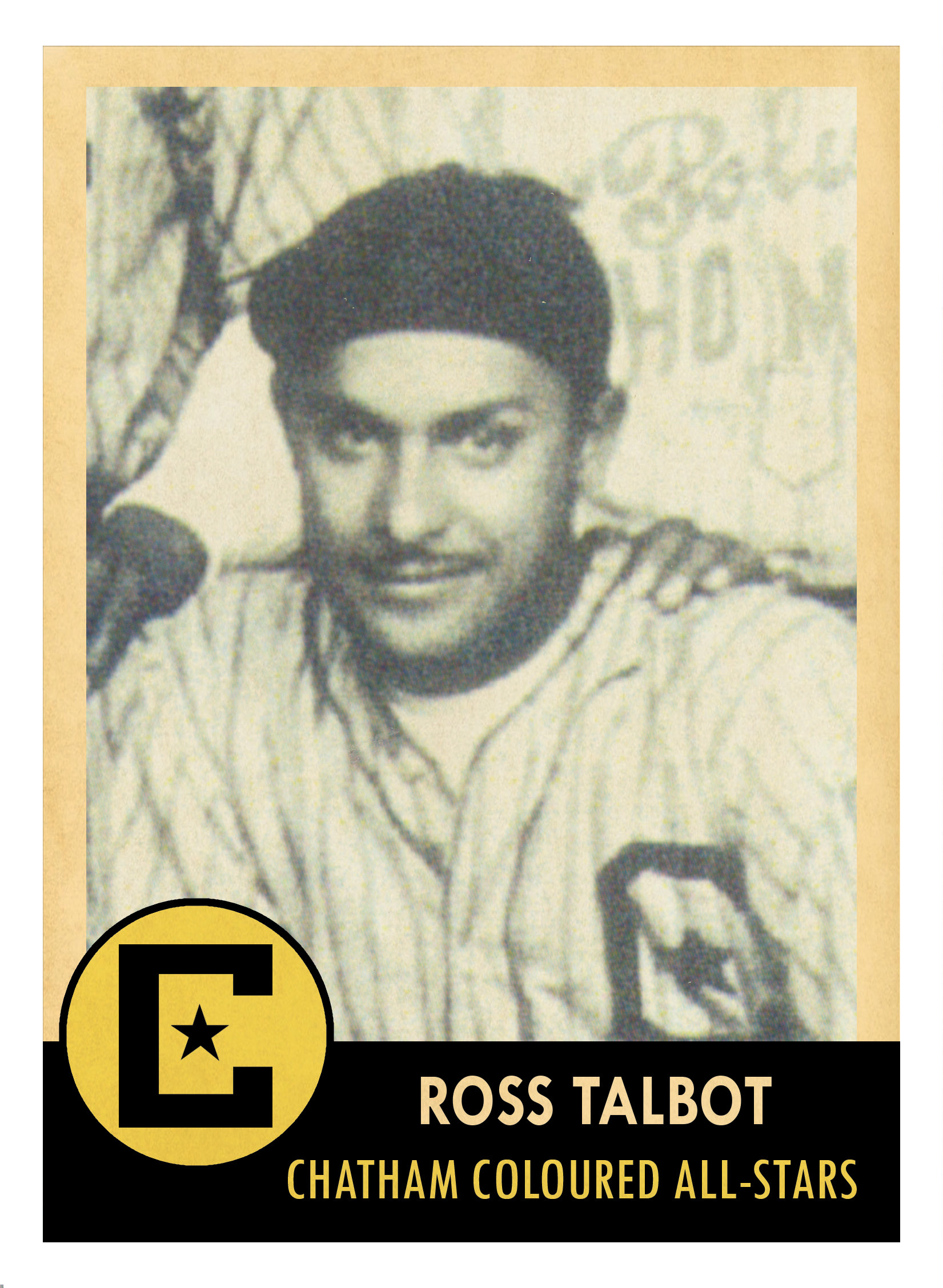 Ross Talbot was born in Chatham to Benjamin Augustus Talbot and Mary Ellen (Terrell). He had two siblings, Benjamin and Douglas Arthur. He was an infielder and pitcher with the All-Stars, playing with them during their 1934 championship year, and throughout the 1930s. He was married to LuLu Milburn. He began working in the pastry business, and worked for McGregor’s Sugar Company in Chatham. He worked as a chauffeur and later became a successful poultry farmer. Although he and his wife had no children of their own (their one child, Ross, died shortly after birth), the couple regularly hosted their nieces and nephews at their farm in the summers.

“Ross Talbot was shifted this year from first base to second base and the change seems to have done him good. He is hitting and fielding better than ever before. It was his [hit] with the bases loaded that decided last week’s important game in Milton” (Calder, "In a Foreign Field Today," Chatham Daily News, October 13, 1934).

“Ross Talbot was a good ball player. He played first base quite a bit. Ross wasn’t a fast runner. And he got his amount of hits just about the same as the usual bunch of us got.” (Harding-Milburn, "The Chatham All-Stars: An Interview with Kingsley Terrell," Polyphony 7, (1985): 111-120).