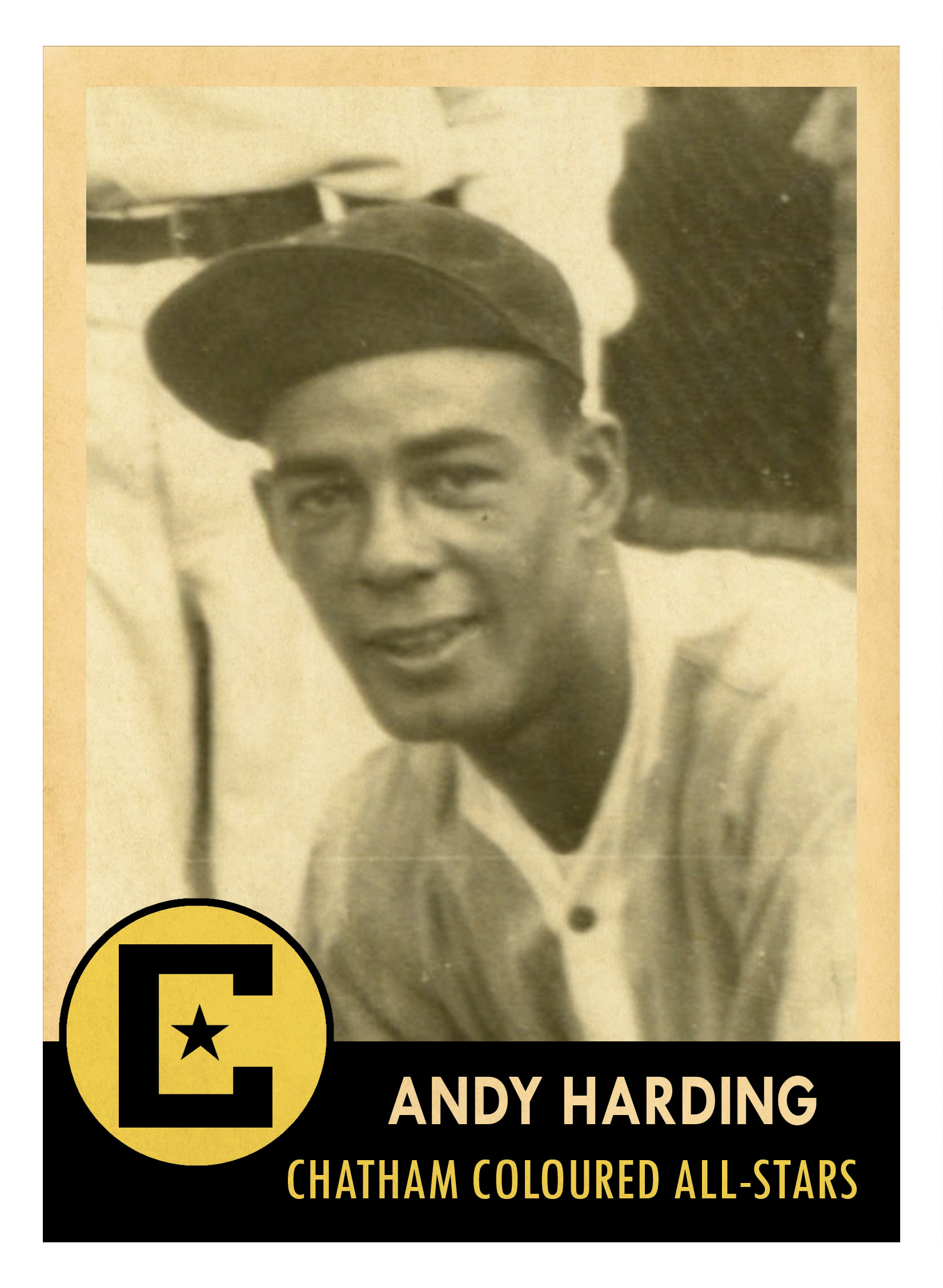 Born in Chatham to Andrew “Bill” Harding and Sarah (Holmes) Harding. He was one of eight children, including fellow Chatham Coloured All-Stars players Wilfred “Boomer” Harding and Len Harding. Andrew was a track and field champion in high school, and was a particularly fast runner. He joined the All-Stars in 1935, and played with them in the later 1930s. He later played with his brother Boomer and other former members of the All-Stars on the Taylor ACs baseball team. He served with the Canadian Armed Forces during World War II. He married Inez Handsor, and they had three daughters, Sheila, Andrea, and Tracey. Andrew Harding became the first black police officer on the Chatham police force.

“'Flat' Chase on the mound for the winners was backed by some lusty clouting by his mates. Andy Harding bashed out a homer with two on and Abbie Scott and Crosby both added circuit blows (“Taylor A.C. Nine Defeat Dresden,” June 15, 1940).

“three outfielders, Andy Harding, ‘Ferg’ Jenkins and Goy Ladd are all back for a go at the pennent. Stan Robbins, a classy southpaw is to be seen again this year on the mound” (“Harding Nine,” 1946).