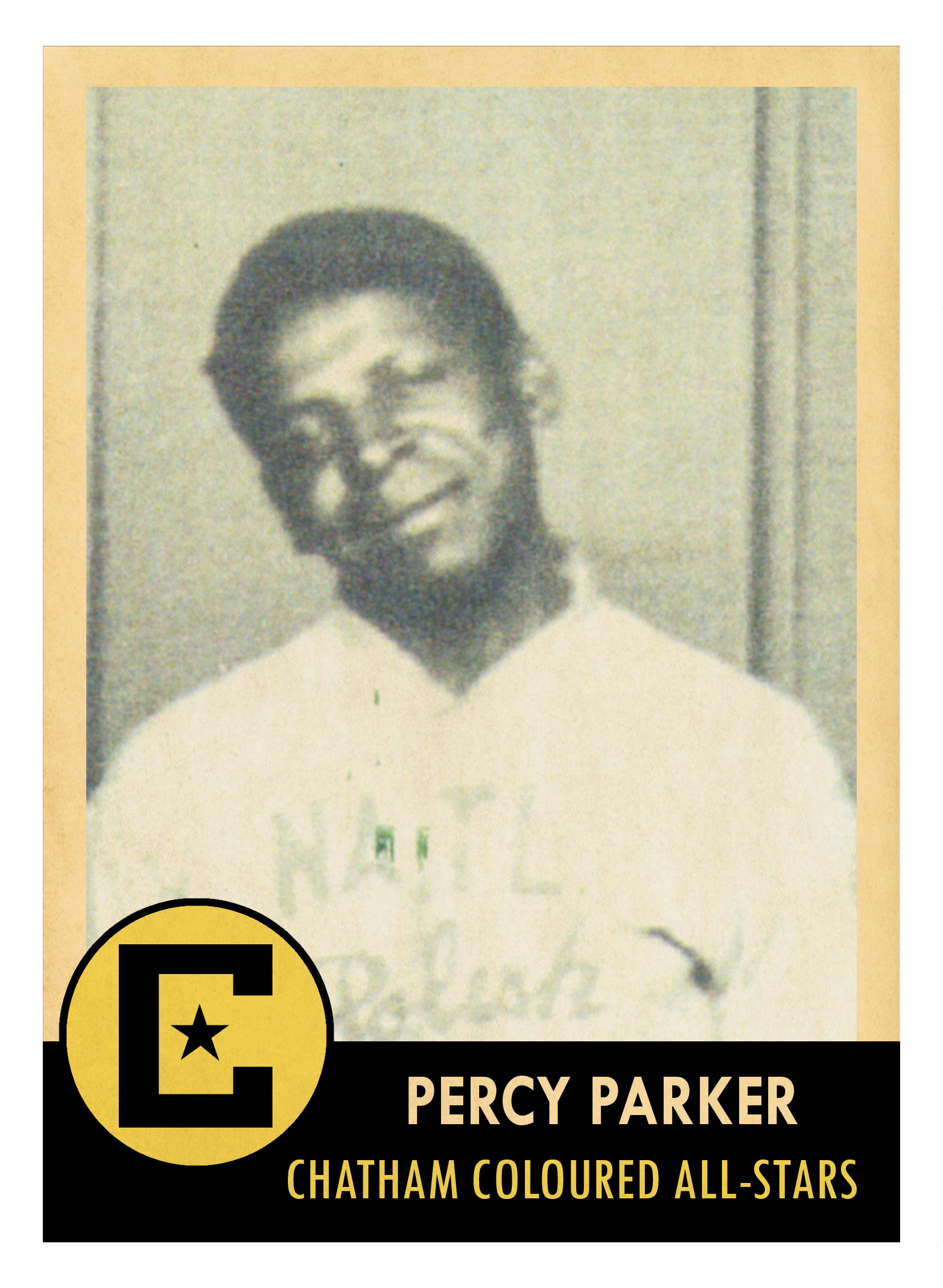 Born in Raleigh Township, Ontario to Alfred Parker and Geraldine Henry. He had eleven siblings, Grace, Louella, Augustus, Amos, Teresa, Bertha, Harry, George, Freda, Marguerite, and Casper. He married Bertha Holden in September 1923. Before coaching the All-Stars, he played with the Chatham Giants, a largely African-Canadian team in the 1920s. Primarily a third-base coach for the All-Stars, he was also known for amusing the crowd with catch-phrases and comments. After coaching he worked as a labourer.

“Percy Parker gave Sarnia fans a treat with his yellings and antics in the third base coaching box. ‘Lovely, boys, lovely, lovely,’ Percy would holler and the fans alternatively yelped approval and disapproval” ("Stars Seem to Have Something," Chatham Daily News, September 10, 1934).

“Percy Parker, third base coaching box vaudevillian of the Stars’ organization puts on a little floor show by himself during the game. Saturday he had the Sarnia fans in high glee throughout the contest. He earned the name of ‘Feet’ as he went through his own version of a highland fling” ("Stars Will Draw Them," Chatham Daily News, September 12, 1934).

“He had one of those original chants, too, didn’t he? Now they have mascots for baseball teams but Percy Parker used to yatateeyat [sic] --what was that yell? Can you remember that yell that he used to give? He was loud, you could hear it all over the east end”(Harding-Milburn, "The Chatham All-Stars: An Interview with Kingsley Terrell," Polyphony 7, (1985): 111-120).