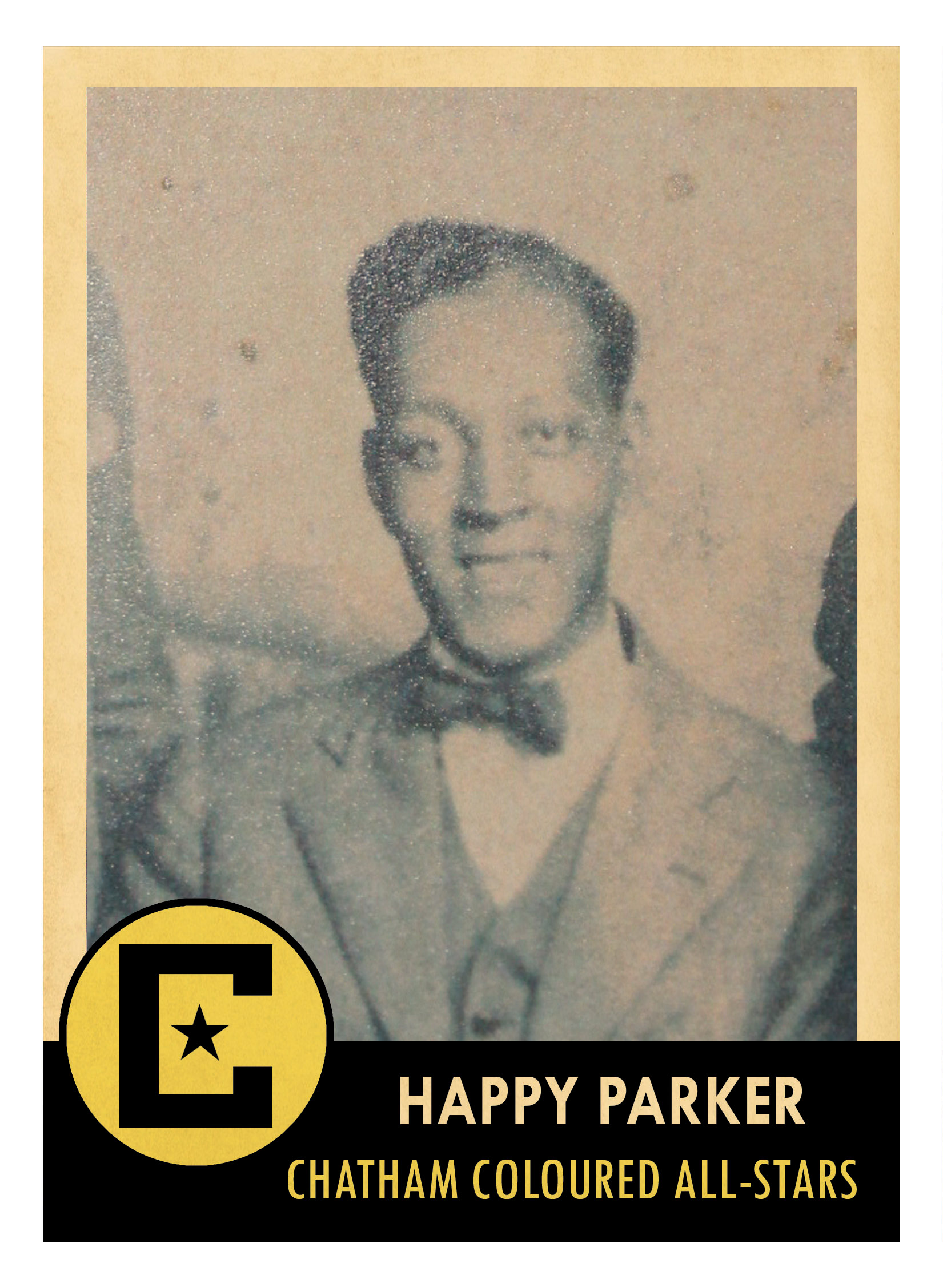 Joseph “Happy” Parker was the manager for the Chatham Coloured All-Stars. In the 1920s, he coached an earlier team comprised mainly of African-Canadians, the Chatham Giants. With the All-Stars, Parker not only served as the team manager but also a team advocate. Several former players with the All-Stars claimed that at the victory banquet the city of Chatham held in honour of the 1934 OBAA championship, Parker graciously thanked Chatham residents for their support, and then asked if they would give the players jobs (Interview with Wilfred “Boomer” Harding, 1977). At that time, opportunities for African-Canadian men were limited, with most working at hotels or as manual labourers. Joe Parker operated a barber shop in Chatham for many years. He was married to May Van Dusen, and they had two daughters, Hilda and Pauline.

“’Happy’ Parker, now operating a barber shop in Chatham, was a coach in the early years and played a great part in carrying them to provincial honors. Fans will find it hard to forget his rasping voice and “rat-it-tat-tat” which never failed to rattle any hurler” (Scurr, "Chatham Colored All-Stars Return Under New Name,” 1946).