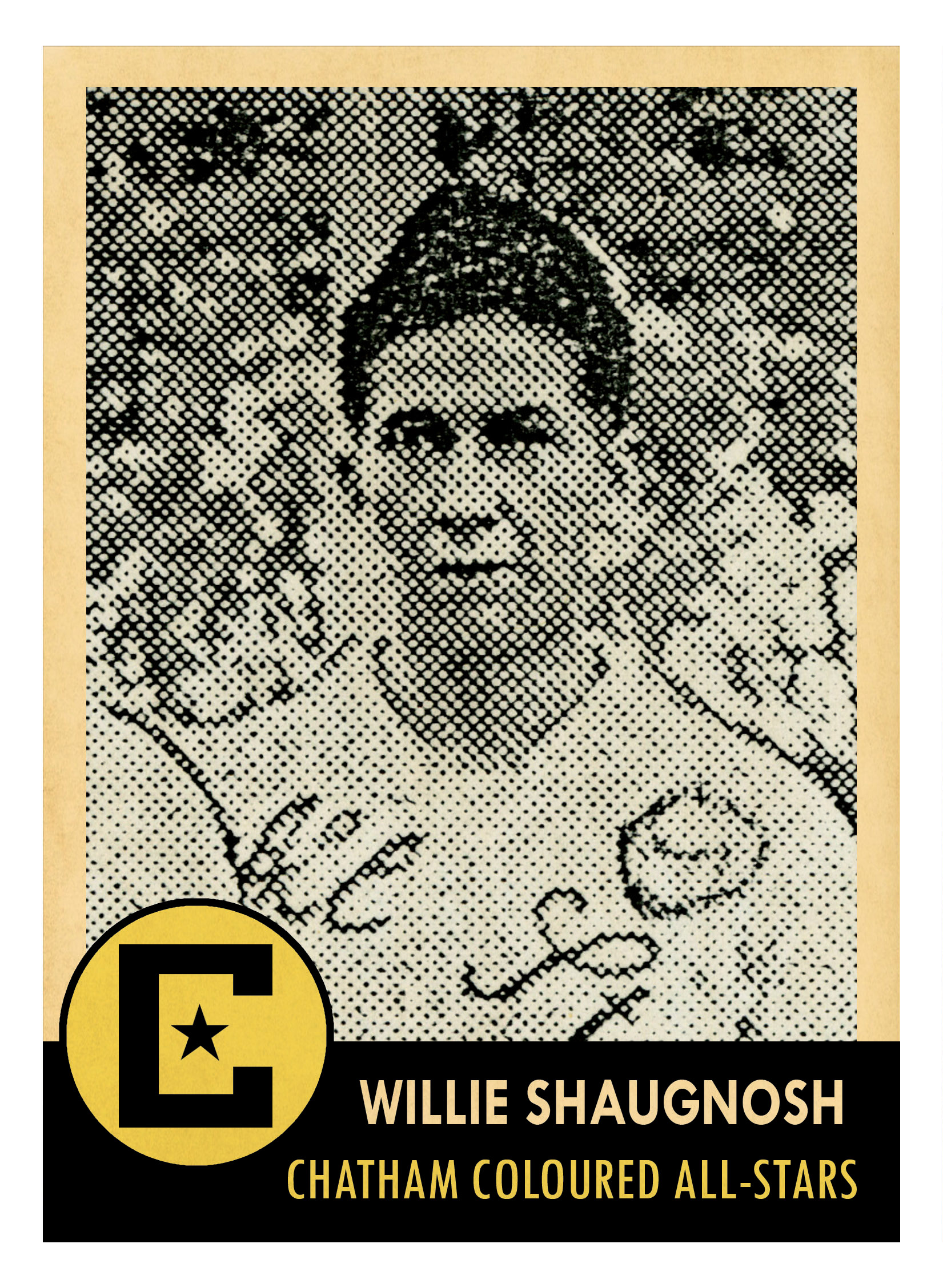 Wellington ‘Willie’ Shaugnosh was a First Nations man from Walpole Island. He arrived in Chatham for the 1935 season and later lived in Detroit. He was tall in stature and was noted as one of the “best pitcher[s] in the Western Counties League, and he [was] backed up by good fielding and hitting” (Chatham Daily News, August 6, 1935). His consistency made him an excellent teammate, combined with the skills of Flat Chase and the leadership of Don Washington. He married Velma Stonefish in August 1950, and worked as a labourer after his baseball career.

"This year Willie Shaugnosh has come from Walpole Island. He is the best pitcher in the Western Counties League and he is backed by good fielding and hitting" ("Chatham Colored All-Stars," Chatham Daily News, Aug 6 1935).

"The Stars have met with in-and-out fortune all along the way. Their work of today, however, is marked by an improvement over anything the club has previously shown. This is due, in great degree, to the increased effectiveness of Willie Shaugnosh, Indian pitcher, who came to the team this year from Waubuno and Walpole Island” ("Stars Clash with Rivals from County," Chatham Daily News, Aug 3 1935).