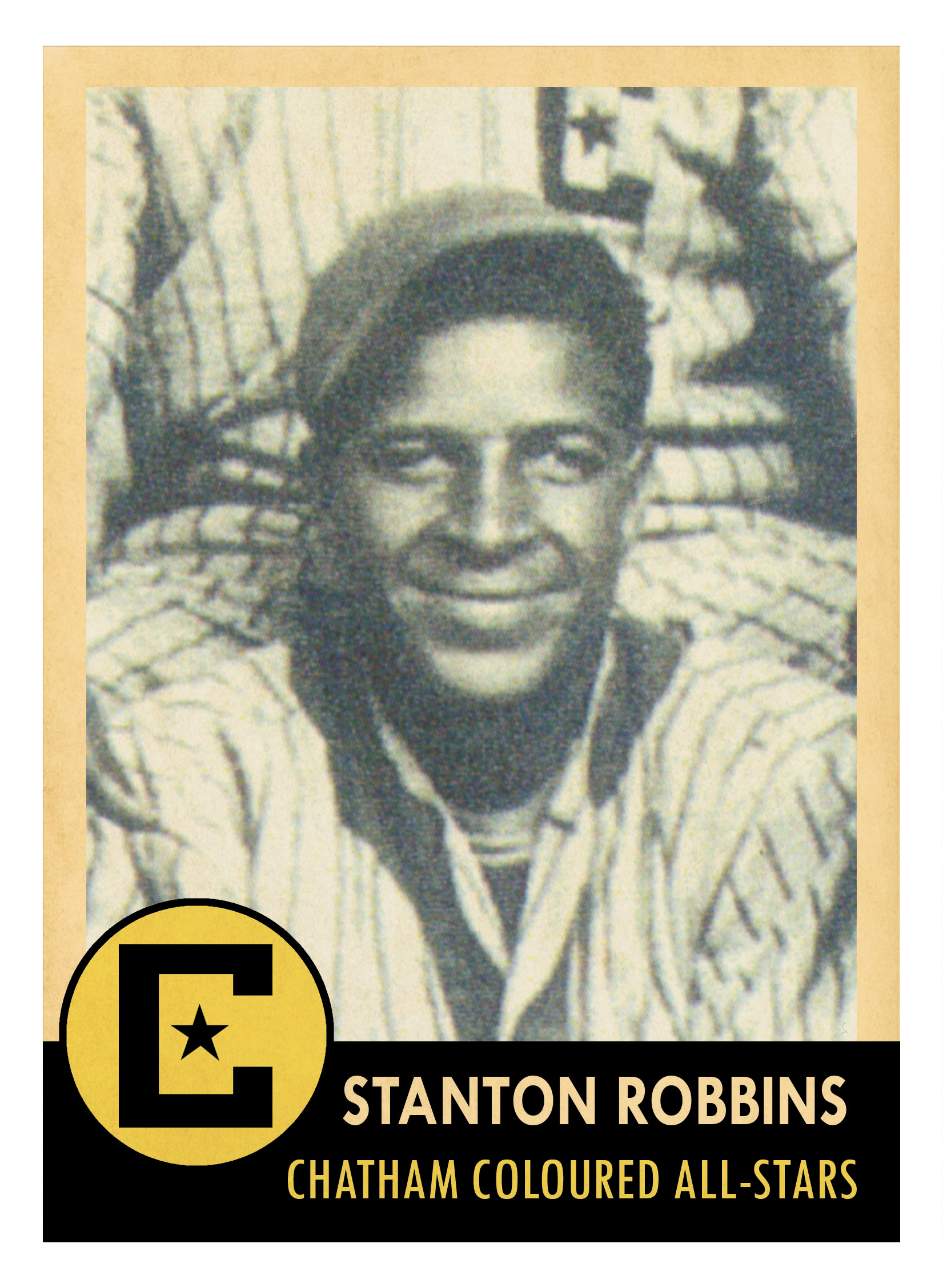 Born to Bernard and Vietta (Riddle) Robbins in North Buxton, Stanton was the second youngest of seven children. A left-handed pitcher (he was described as a “classy southpaw” in the Chatham Daily News, May 15, 1946), Stanton also played in the outfield for the All-Stars. Teammate King Terrell noted he had a very strong arm, and got quite a few hits. His brother, Hyle also played on the team, and together they practiced batting alongside other neighbourhood children, such as Earl ‘Flat’ Chase who lived in North Buxton before moving to Windsor. Stanton Robbins spent the rest of his life in North Buxton.

“Stanton Robbins’ portside slants produced a neat bit of hurling and he had the greatest support from his mates. Robbins, as many of the baseball fans will remember used to do a nifty bit of hurling for the Colored All-Stars back in their championship ’34 year (Reekie, "Sports Review," Chatham Daily News, May 15, 1946).

“Stenton [Stanton] Robbins was a right fielder, he played right field a lot. And he had an arm about as strong as any one of the ball players on the team because he cut many a guy down from right field going into second base and third base--as nice a throw as you’d ever want to see. And he got his share of hits too.” (Harding-Milburn, "The Chatham All-Stars: An Interview with Kingsley Terrell," Polyphony 7, (1985): 111-120).