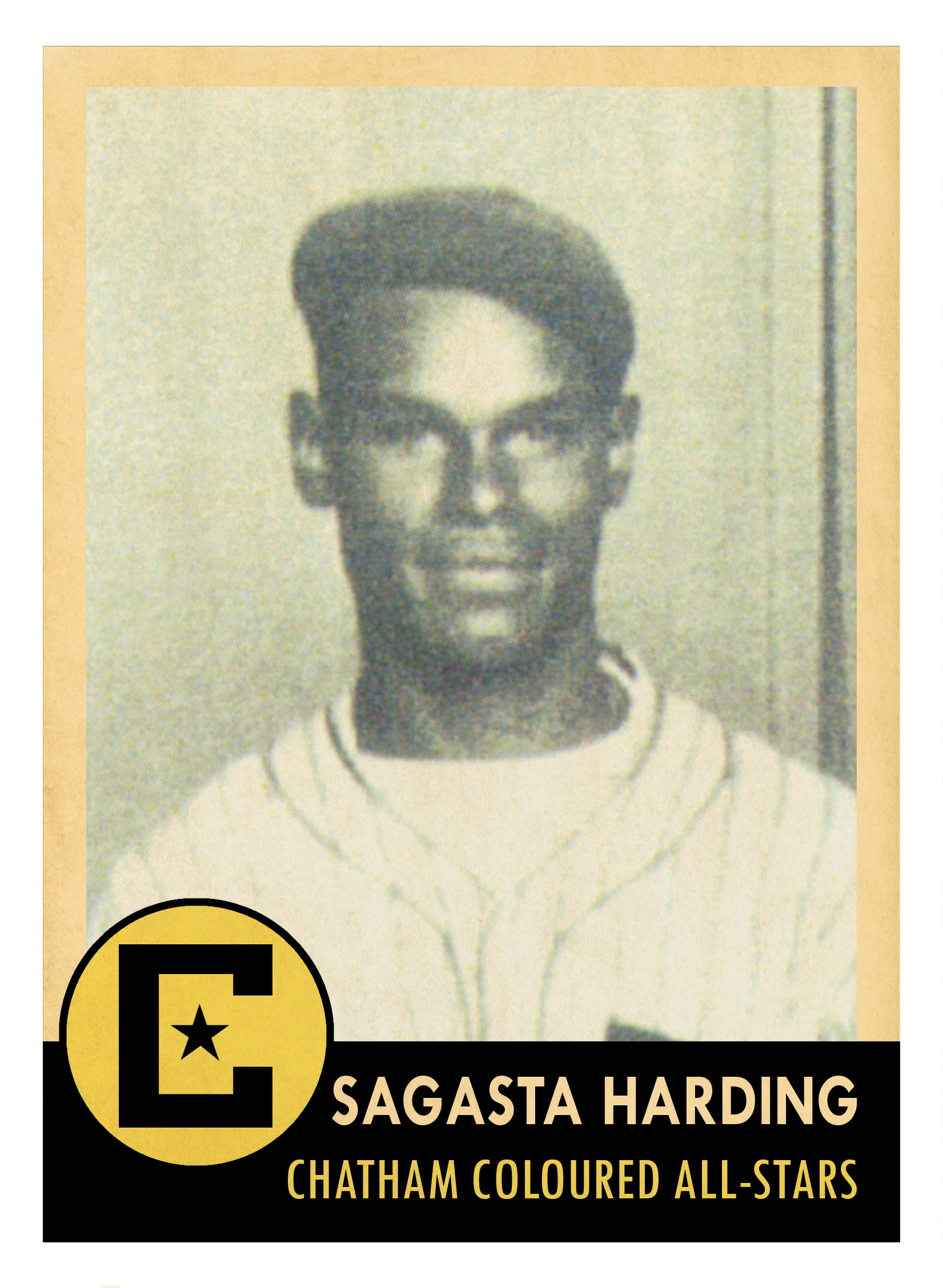 Albert ‘Sagasta’ Harding was born in North Buxton to Robert Thomas and Caroline Moore. He was the seventh of ten children: Flossie, Elsie, Alta, Charles, Robert, Willford, Marie, Irene and Florene. He was married to Ruth Ann Huff, and had one son, Robert Sagasta ‘Junior’. He moved to Detroit in 1928, but returned to Chatham to play with the All-Stars in 1934. The All-Stars' 1934 OBA victory was Sagasta’s last baseball game, but he still played some softball in Michigan. In 1939, he moved to Romulus, MI and began working at the Ford Motor Company. He retired from Ford in 1967 after 28 years of employment, where he stated he had little “time for anything else”(Chatham Daily News, December 31, 2002). In 1984, he joined the Parks Memorial A.M.E. Church, and played both piano and organ for the choir. He had five grandchildren: Robert, Michael, Sandra, Alexie and Anthony. In 2002, he was part of a MLB celebratory event where the All-Stars were honoured by the Toronto Blue Jays.

“Gouy Ladd and Sagasta Harding [share?] the center field duties though Ladd has been seeing more work of late because of his ability to cover ground. Harding is noted for hitting in the pitches and he may be used to hit for the weaker basemen on the team is crises arise in the Pentanguishine series” (Calder, "In a Foreign Field Today," Chatham Daily News, October 15, 1934).

“Sagasta Harding was a good ball player, we used to call him Frog Hand. He was a left-handed batter, and he didn’t hold a bat like an ordinary person. When you’re a left-handed batter, your right hand is at the bottom of the bat and your left hand is at the top. But he always changed it around and put the right hand at the top and the left hand at the bottom. And that’s why they called him Frog Hand. And I had read that in the paper, about frog-handed batters. He was a good ball player, he was slim and he could run. He got his amount of hits the same as everybody" (Harding-Milburn, "The Chatham All-Stars: An Interview with Kingsley Terrell," Polyphony 7, (1985): 111-120).