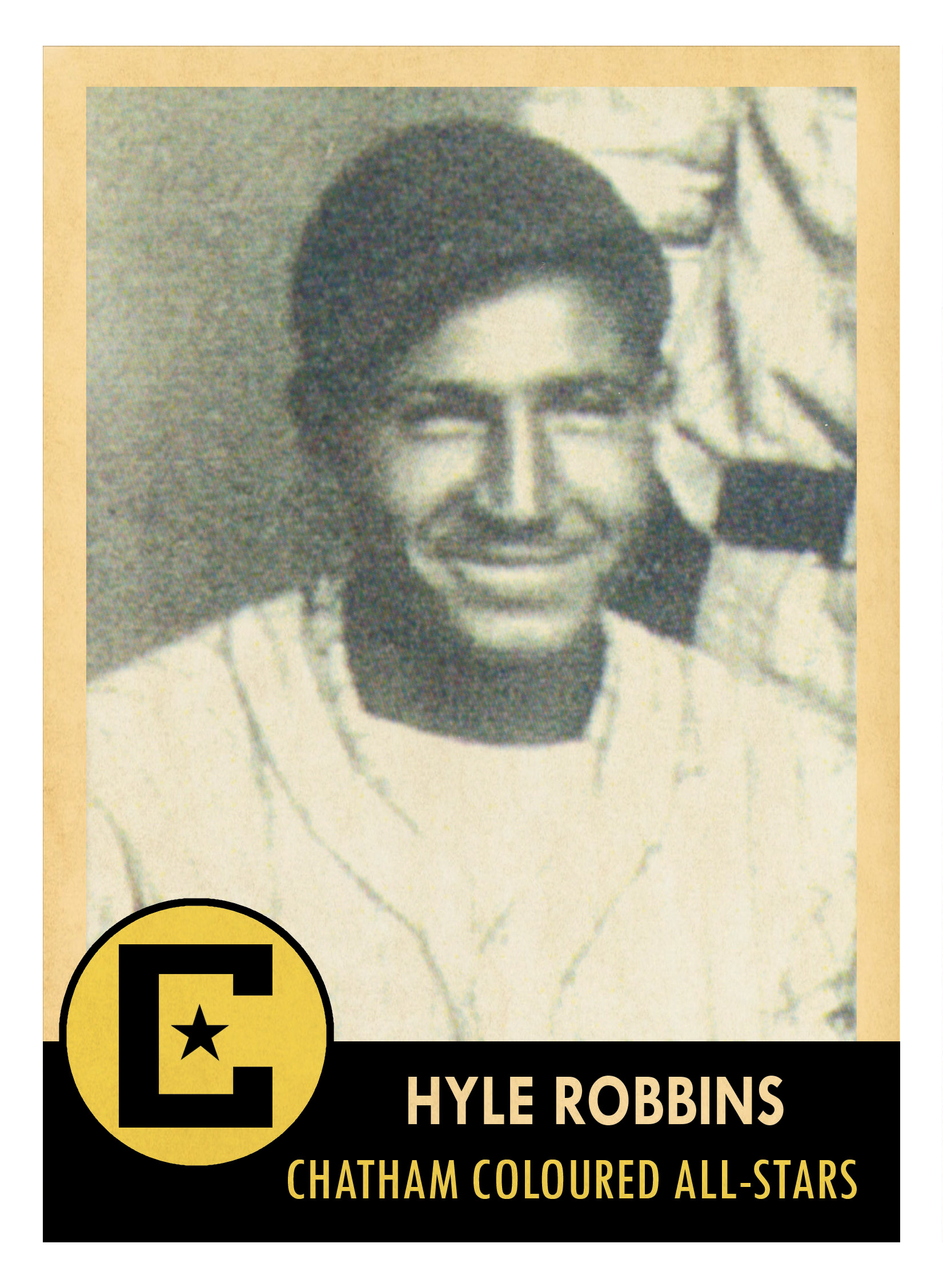 Hyle Robbins was born 16 January 1910 in North Buxton, Ontario to Bernard Stanton and Vietta (Riddle) Robbins. He was one of seven siblings, including his brother Stanton, who was also a member of the Chatham Coloured All-Stars. Robbins played centre field for the All-Stars. In 1935, he left Raleigh Township for Detroit. He married Connie Patterson 19 August 1938 and together they had son Hyle II. Hyle was employed as an electrician for Guardian Industries until 1967 when he retired due to illness. He was a member of Hartford Avenue Baptist Church beginning in 1949. He received a special recognition certificate from the Mayor of Chatham in 1984, in recognition of the fiftieth anniversary of their 1934 Ontario Baseball Amateur Association win. He passed away 1 December 1987.

“Hyle Robbins, he played in the outfield. He didn’t play with us very much.He was very, he played with us a little bit but not very much. I didn't know whether he was working the majorty of the time that he couldn't get into the baseball games or what. But he didn't play with us too much. But he was a good fast runner" (Harding-Milburn, "The Chatham All-Stars: An Interview with Kingsley Terrell," Polyphony 7, (1985): 111-120).