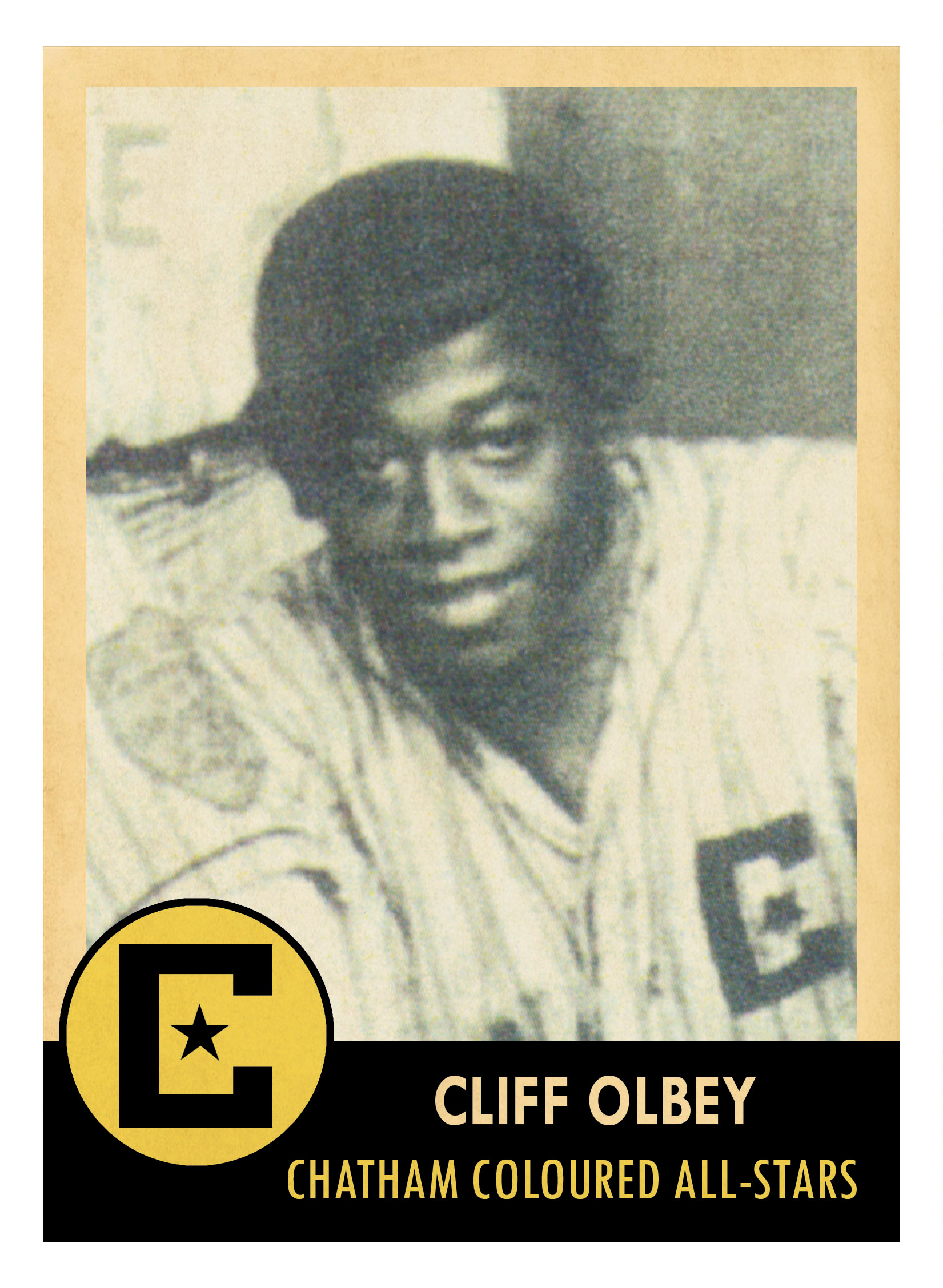 Clifford Olbey was born in Chatham to Howard Olbey and Arabella Hammond. He had six siblings: Harry, George, Howard, Wilfred, John, and Dorothy. He married Ethel Freeman in Chatham in November 1933. Together they had three children, Glenna, Leonard, and Joan. He played in right field and centre field while with the All-Stars. A teammate, King Terrell, noted he was small, but fast. In 1984, he told the Chatham Daily News: “Some smaller towns carried racism a bit far. We just stuck together as a team. It wasn’t anything but a part of life, then” (quoted in Chatham Daily News, September 2, 2002). He worked at the William Pitt Hotel while he played with the All-Stars, and in 1935 he moved to Windsor where he worked at the Prince Edward Hotel. He passed away 16 April 1996 at the age of 84.

“Cliff Olbey was fast. He was small and it took quite a good pitcher to strike him out. And he done a lot of walking because the ball, pitcher, nine times out of ten the pitcher'd walk him. But he got his hits the same as the rest of us.” (Harding-Milburn, "The Chatham All-Stars: An Interview with Kingsley Terrell," Polyphony 7, (1985): 111-120).