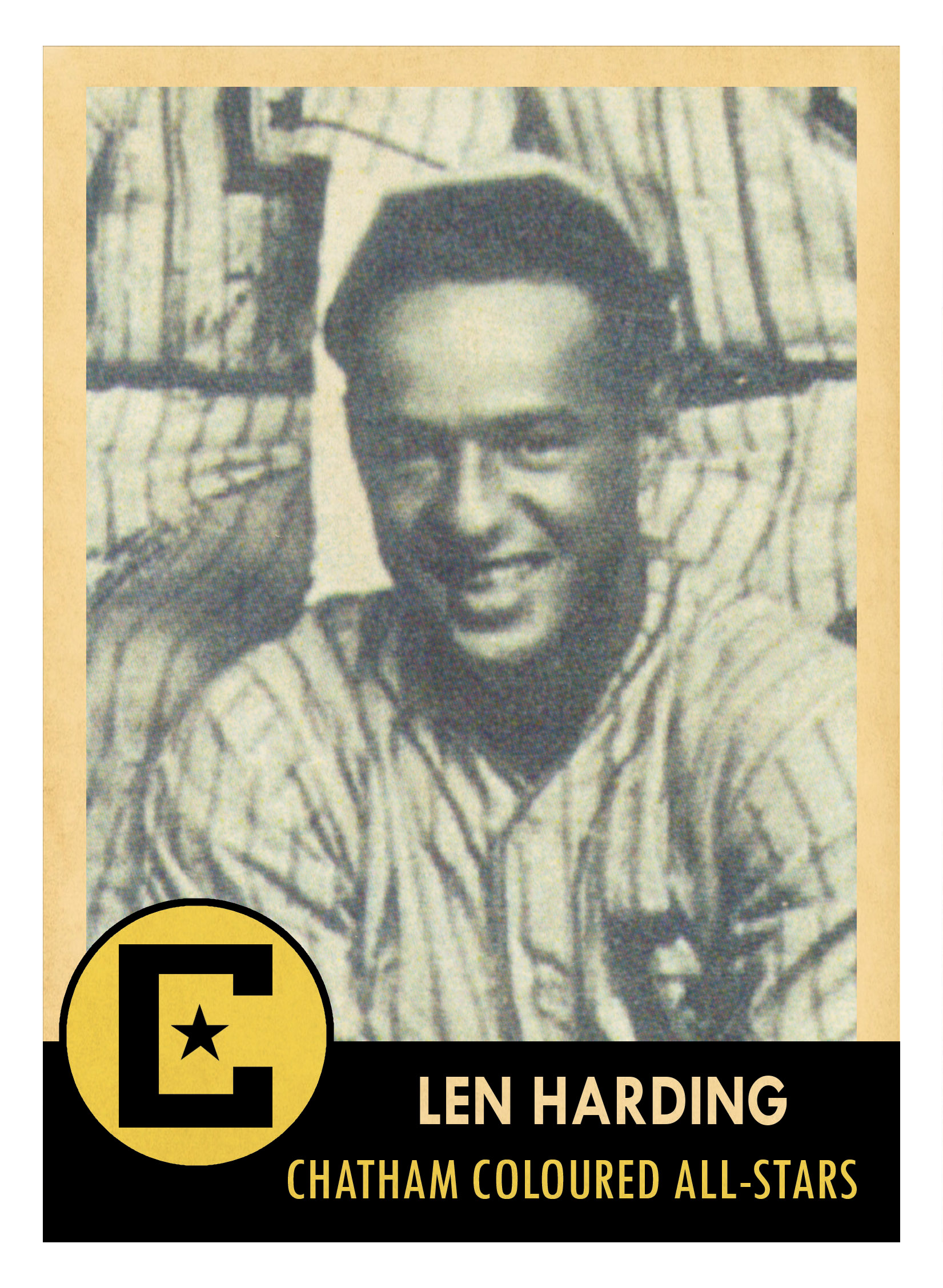 Len Harding, brother of Boomer Harding, was born in 1913 to Andrew ‘Bill’ and Sarah in Chatham. He had seven siblings: Carl, Georgina, Florence, Beulah, Wilfred ‘Boomer’, Andrew, and Wanda. He held the record for the 75 yard dash at Toronto in the Ontario Public School meet of 1926. In his obituary in 1942, it noted that Len had a few try outs with the Detroit Tigers around 1919 (Windsor Star, February 25, 1942). With the All-Stars, he played in the outfield, as well as first and second base. His teammate, King Terrell, said he was one of the fastest players on the team. He passed away suddenly at the young age of 29.

"Harding is especially good at cutting off runners at the plate with long throws from the outfield” (Calder, "In a Foreign Field Today." Chatham Daily News, October 13, 1934).

"The fielding feature of the game was a running, shoe-string, somersault catch by Len Harding, the Chatham centerfielder” ("Tuesday's Game at Guelph Results in Score of 13-7," Chatham Daily News, October 24, 1934).

“Len Harding was one of the fastest guys we had on the baseball team. When I was pitching, Len took my place at third base. And when I...wasn't pitching, I was playing third base [and] Len played in the outfield. I think Len played in the left field, I’m not too sure. I think he played a lot in left field” (Harding-Milburn, "The Chatham All-Stars: An Interview with Kingsley Terrell," Polyphony 7, (1985): 111-120).