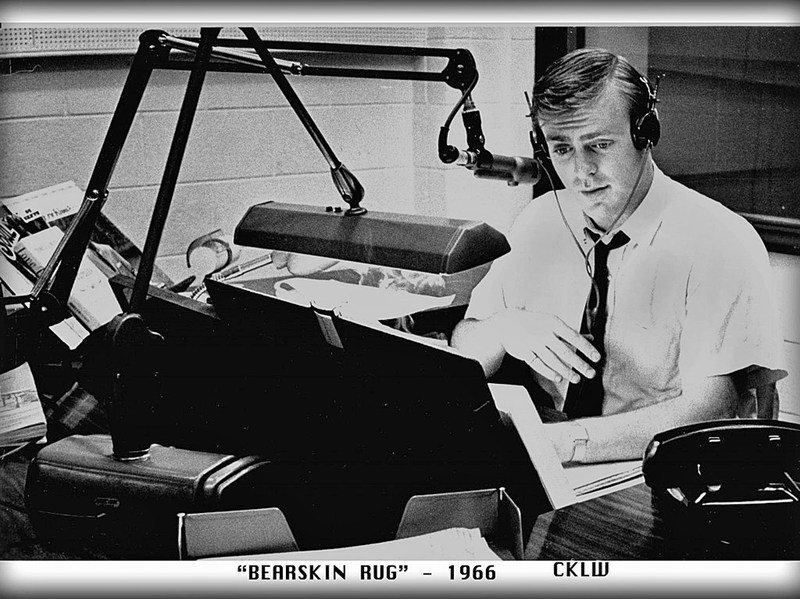 During the early years of his career, Tom Shannon worked at several major US radio stations with a number of rock n’ roll radio guests, blending himself very well in the rock music scene. After landing a contract with CKLW in 1964, he managed the night-time shifts, and his playlist quickly became a growing influence in singles sales. He was also a songwriter for two regional hits, “Wild Weekend” and “Soul Clappin.” Moreover, he was known for hosting the local’s favorite, “Bear Skin Rug”, a late night show that Shannon would read stories and answer to listeners’ phone calls. 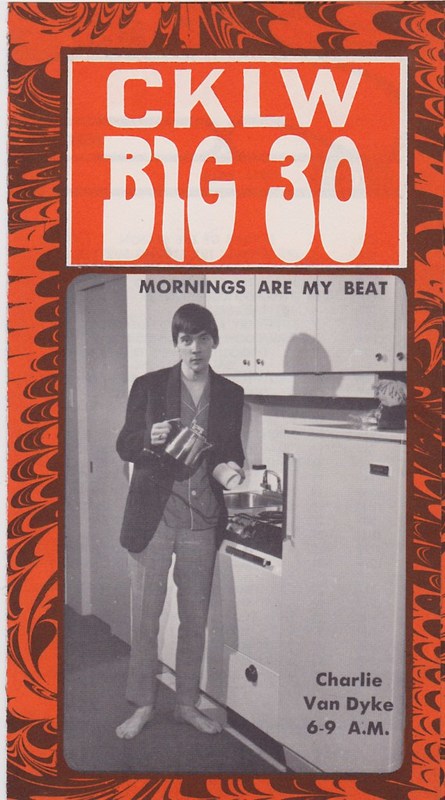 An ad. of Charlie Van Dyke as the morning drive host

During his teenage years, Van Dyke developed a strong passion to talk on the microphone and he was already active in hosting for radio shows in KLIF in Dallas, Texas. Since then, he worked for multiple radio stations across large cities in North America, including WLS Chicago, WRKO Boston, KHJ Los Angeles, and more. During late the 1960s at CKLW, he hosted for “morning drives,” the period of the time when people tuned into radio channels while driving to work in the morning. His unique, commanding voice was acclaimed as “The Voice of the God”. Since then, he developed a successful career as leading voice-over actor for radios and tv shows. He was also a dedicated Catholic deacon. 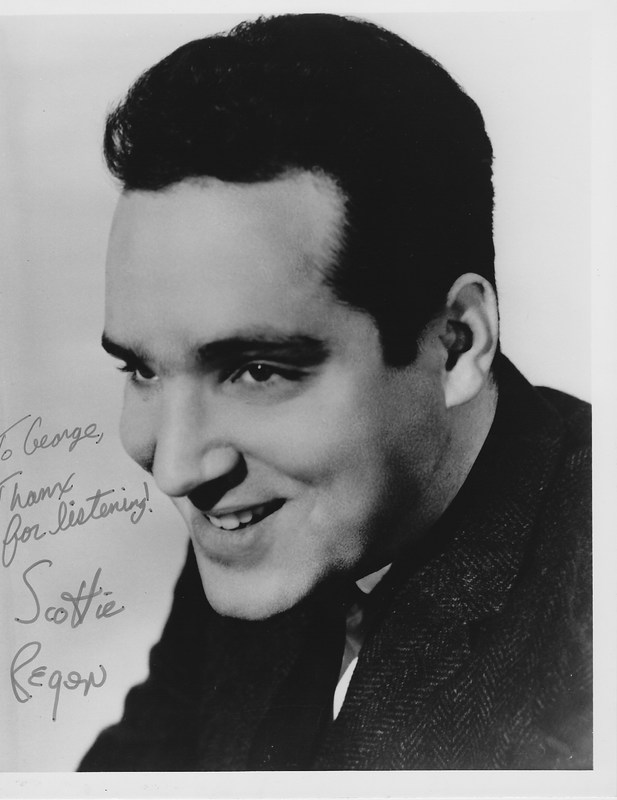 An autograph by Scott Regen

Similarly to Van Dyke, Scott Regen was greatly inspired by radio broadcasting shows when he was a teenager. After years working in different radio stations in Florida and Texas, before he landed in WKNR Dearborn, Michigan, where he sharpened his musical taste when he closed in his distance to the audience as he visited schools and drive-ins, and he interviewed musicians like the Beatles, the Supremes, and Herman’s Hermits. He was known as a “Hipburger” after he skateboarded to the WKNR radio studio in 1965. He arrived at CKLW in 1968 and hosted for late evening shows. Regen always recommended the audience not to limit themselves to one type of music, while he played a wide range of music during the airtime, including symphonies and Rock N’ Roll. 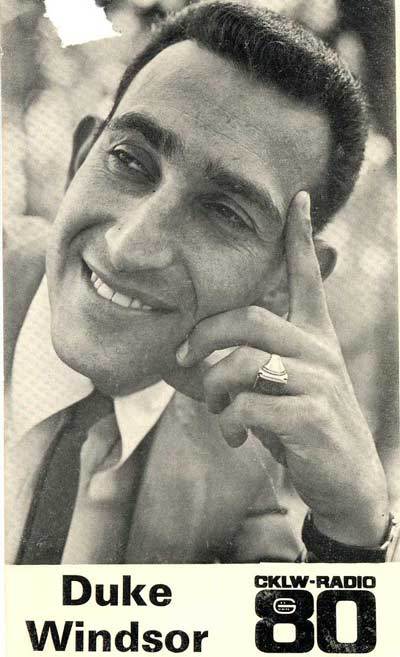 Duke Windsor (or Larry Morrow as his real name)

After landing on a less-sought-after spot between midnight and 6a.m. in CKLW, Larry Morrow, or Duke Windsor as his Jock name, worked tirelessly with the sales team to gather sponsorships. He was also known to drive a Buick convertible around Detroit and Windsor to advertise for his show. After being placed on the 7p.m. to midnight slot, the ratings of his show soured and became  the second amongst all the radio stations in region. He was also amongst the first DJs discovering Bob Seger’s talent and first aired his hit records, including “Ramblin’ Gamblin’ Man”.

Having worked in WJBK Detroit and CKLW for over 7 years, Dave Shafer was a seasoned music Jock known to have a good ear and fine judgment on the next new pop trend. He became the music director at CKLW and laid down several major principles in looking for the latest hit. According to Shafer, a song with “aggressive” beat with catchy lyrics and “indescribable quality” were the ones with great potential. He was mostly heard in the afternoon drive shows. After departing from CKLW and working in several other stations in Michigan, including WCAR, Livonia, and WCZY, Mt. Pleasant, he eventually returned to CKLW to work as a program director. 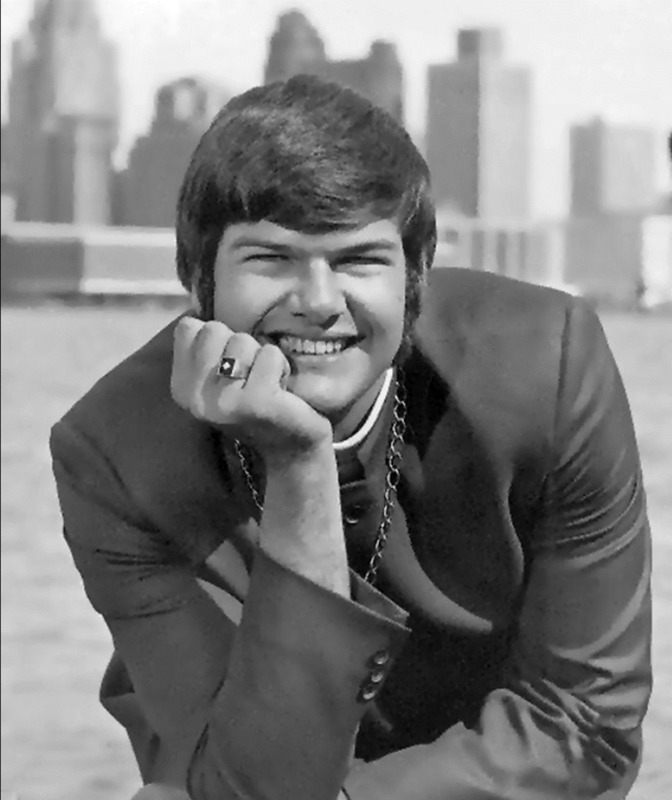 Born in a family where both his parents were greatly involved in the industry, Jim Davis (known as “Big Jim Edwards” in CKLW), began his career in WNIA Cheektowaga, New York. After working for several “major market” stations, he arrived in CKLW in 1967 and played major hits during his afternoon shift. He quickly developed a well-known radio personality with his “Jim Edwards Show”. However, his career did not peak in CKLW, where he stayed until 1970. He became a senior manager and later took on an ownership role in WNFI Daytona Beach, Florida. Jim also possessed a pilot license and flew light aircraft.

← Rosalie Trombley
Newscast: DJs Without Music →
The Shaping of The Big 8
Other Big 8's Personalities