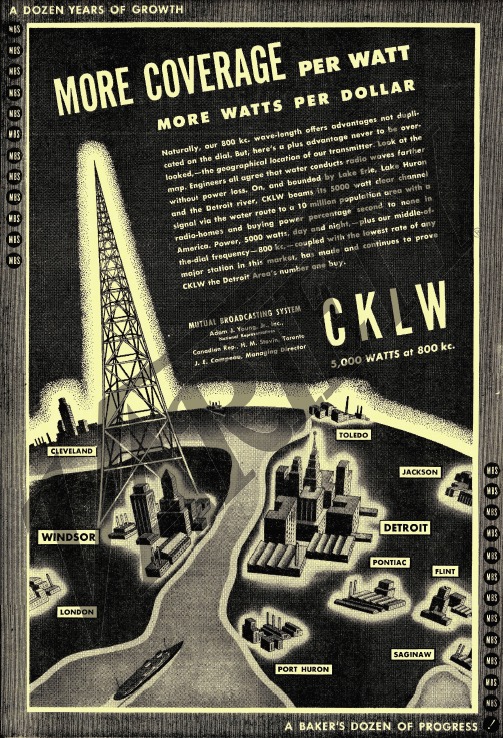 Beginning its operations and broadcasting programs in 1932, early CKLW radio station only had a medium-range broadcasting power between 1,000 and 5,000 watts. The majority of listeners were from cities and towns in Southwestern Ontario and East Michigan. However, most listeners concentrated at the border between Windsor and Detroit. Early CKLW produced a great variety of programs, including news, sports, weather forcasting, talk shows, children's program and live music recording and broadcasting. The composition of hosts, guests, and performers were also greatly diverse in gender, ethnicity, and nationality. 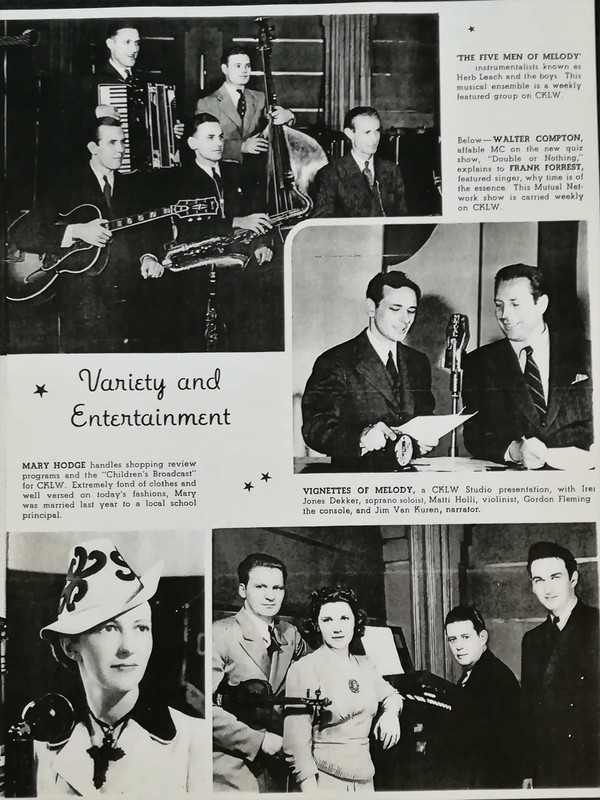 A great variety of early CKLW programs were closely tied to the entertaining elements of the listeners' lives. One of the most interesting excample included a fashion program by Mary Hodgem, who aired tips and updates about the fashion trends of the time. She almost hosted programs for children and read stories to them. The photo at the top was a live music ensemble that was featured during CKLW's weekly program. The radio studio in CKLW had area reserved for recording live music performances, even though the sound quality was not always the best. 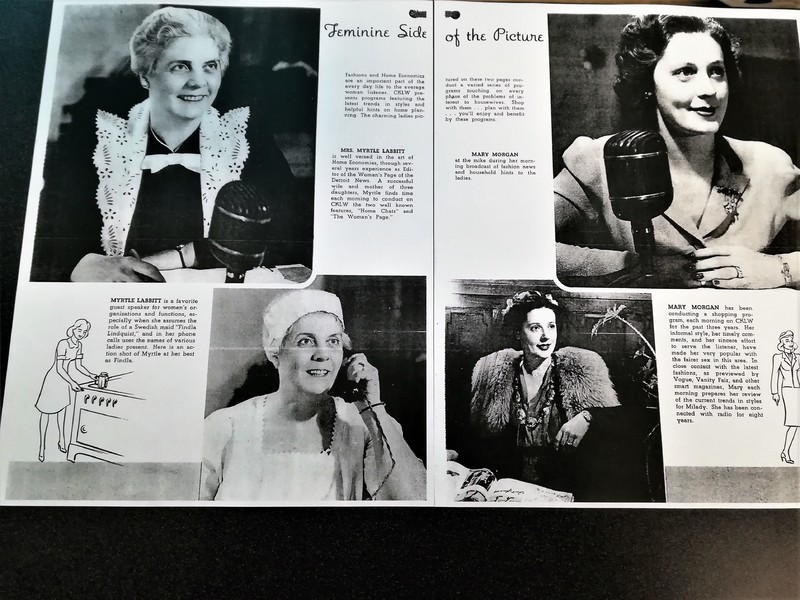 The morning shows featured a number of female hosts.

"Fashions and Home Economics" was one of many CKLW programs that female listeners would listen to. The weekly programs featured two women, Mrs. Myrtle Labbitt (left) and Mary Morgan (right).  Both radio hosts conducted a series of morning talk shows in whch they would tell stories, teach about household duties, discuss fashion trends, and more. As most women, married or not, in 1930s were confined in their houses, radio programs were one of the only sources of entertainment and ways to obtain information from the outside world. 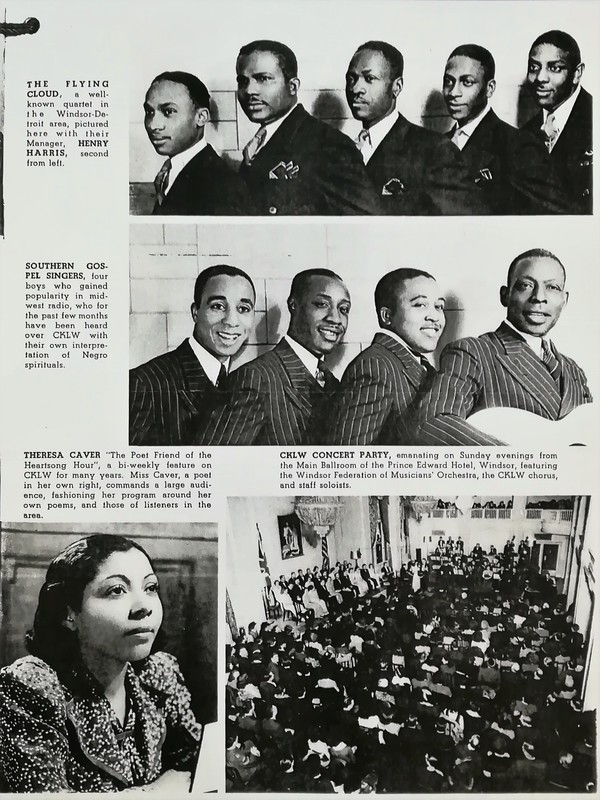 CKLW offered many programs with musicians from diverse backgrounds with different musical talents. The programs were offered bi-weekly with musical quartets and gospel singers who were predominately African Americans. In this way, CKLW was able to reach out to a wider audience. CKLW also featured poetry segments where accomplished poets could recite their works for listeners. Most guests originated from Windsor or Detroit promoted CKLW as "The Border City" radio station. 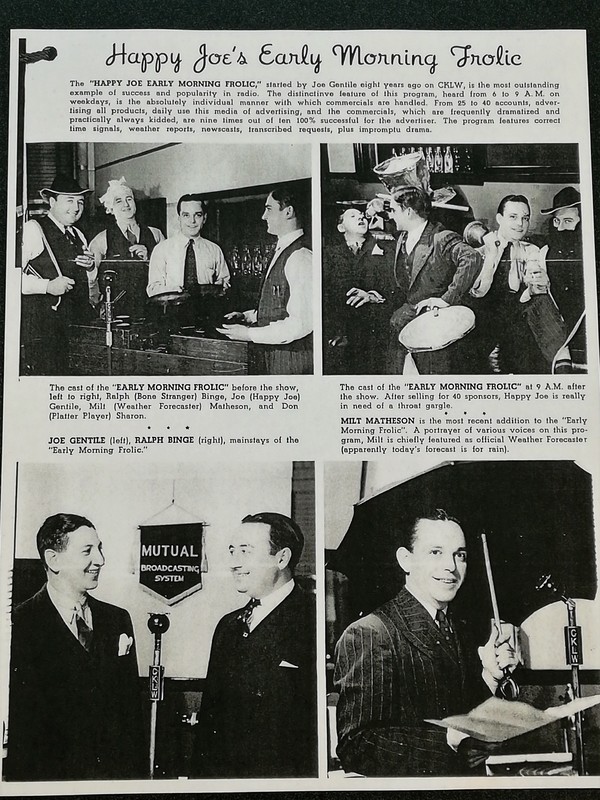