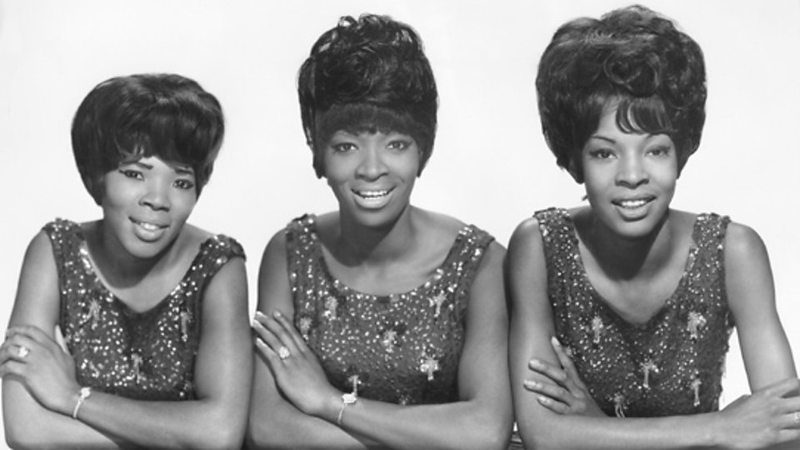 A picture of Martha and the Vandellas from the 1960's 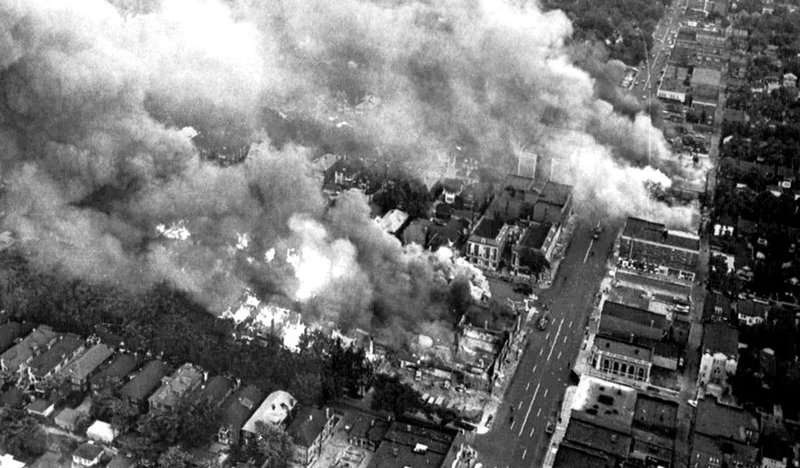 An aerial picture of the Detroit riot showing smoke rising from the burning city.

The Beginning of the Riot

The Big 8 had a committment to their teenage audience and the station's best tool at attracting young people was through the T.V. show called Swingin' Time. On this show, bands would play live concerts on T.V. in front of their teenage crowd invited by CKLW. Their station was located in Detroit at the Fox Theater. However, in the summer evening of 23 July in 1967, while Martha Reeves and the Vandellas were performing on stage, a riot broke out in Detroit.

The riot began when the police raided a weekend drinking club and arrested all the patrons present in the club. Angry onlookers gathered outside the club and refused to leave. One door man at the raided club, William Walter Scott III, admitted that he initiated the riot by throwing a bottle at the police and inciting the crowd. After the police left the scene, the crowd began to loot nearby businesses. The looting rapidly spread througout the city in following few days. Rioters took up the streets, starting fire on all kinds of businesses and shops, stealing goods and properties from retail stores, and inciting violence with other civilians as well as law enforcers. On the first day of the riot, Swingin' Time was on air and Martha Reeves was forced to tell the audience and guests to head home because of the curfew in place as a result of the riot. 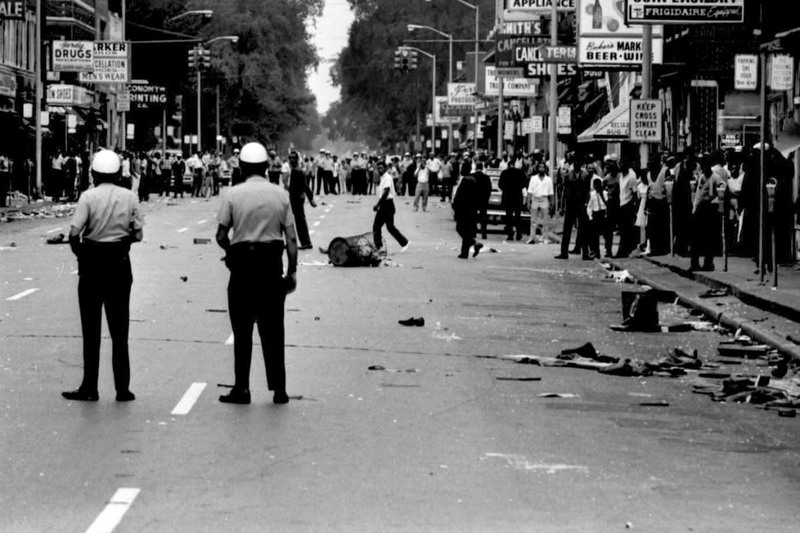 Law enforcers in action on the street.

Media Coverage of the Riot

Various media outlets quickly picked up the stories even before the police department took actions. Only after the second day of the riot, the government responded with greater actions, including the deployment of the National Guard, Michigan State Police, and even the US Army Airborn divisions to confront the rioters and put the city under control. However, live ammunition, tanks, and machine guns were used while the rioters were being quelled, resulting in heavy casautlites on both sides. There were thousands of arrests and 43 men died, including a firefighter and law enforcers. Live footage and active media reporting exposed the violence and the use of brutal force during these suppressions, prompting the Michigan Civil Rights Commissionriots to investigate human rights violations in the following year. Also, The Detroit Riot also led to the closure of the border between Detroit and Windsor for the first time since 1838; only volunteers from the Windsor fire department and a handful of news reporters ventured across the border to cover the news there.

Among three Canadian reporters in Detroit during the riot were Dick Smyth, Bert Allen and Bert Serré. Dick Smyth did not shy away from asking prisoners and soldiers tough questions that other reporters would not dare asking. For his coverage of the riot, Smyth recieved the Edward R. Murrow Award for outstanding achievement in electronic journalism. The riot finally ended on July 27, 1967, but CKLW's coverage in the 20/20 news stirred the memories of its audience.