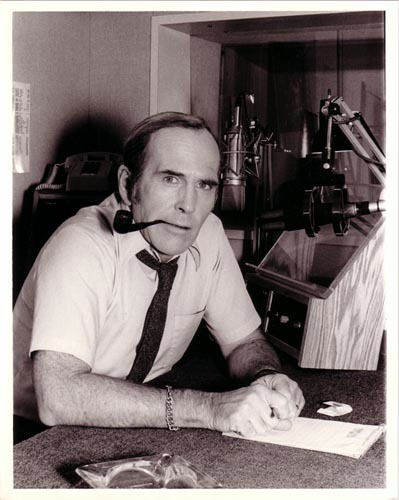 An image of Dick Smyth, the first 20/20 newscaster on CKLW

Since every radio station was compelled by Canadian law to give hourly news reports, music playing sessions were intermittently interrupted for the news segments. As a result, listeners switch off to other channels to continue on listening to music when the news came in. These “tune-outs” were inevitable loss of ratings to some radio stations. However, CKLW invented a method of presenting news and keeping the audience from tunning out, coining the term "20/20 news."

The "20/20 News" got its name from the hour of the day the Big 8 reported the news; it would be 20 minutes before top of the hour or 20 minutes after. In this way, while other radio channels started reporting news, listeners would tune into Big 8 and continued listening to muisc, and they would only tune back after the other radio channel finished reporting the news. The Big 8 managed to keep the audience entertained and gain audience when listeners tuned out from other raido channels. Since then, "20/20 News" became CKLW's greatest advantage to attract public attention and gain popularity.

When the 20/20 format was first presented by Dick Smyth, the energy level and excitement he brought to the newscast was what made CKLW different from every other radio station. Dick Smyth, and other 20/20 newscasters like him, were called 'disc jockeys without music,' because they shared that same excitement and enthusiasm DJs would have during their music program. Listeners learned about the news and they were entertained by the newcasters' impact and energy during the news program. Their dramatic style of reporting the news set CKLW apart from the rest of the radio stations.