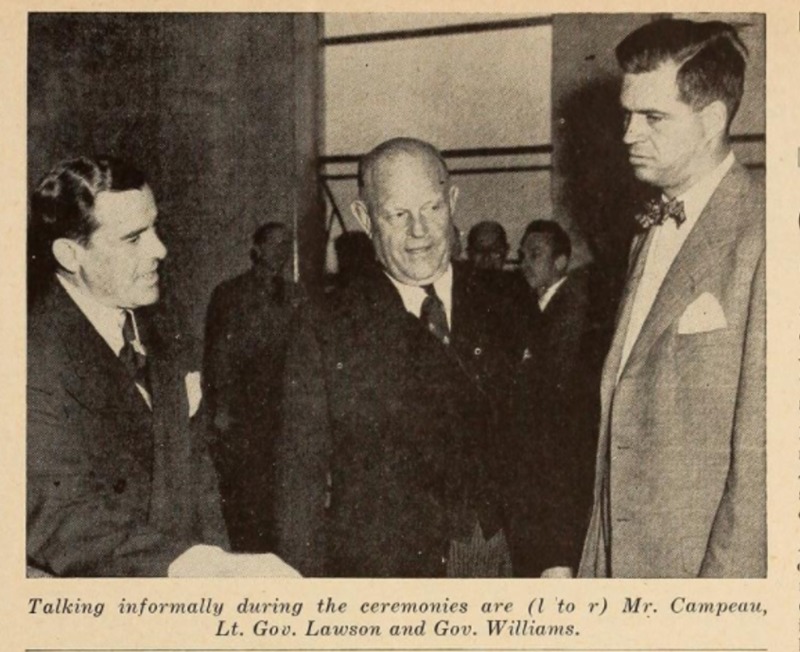 The origin of the 50,000 watt limit on the broadcasting power can be traced back to the broadcasting regulations in North America during late 1920s. Under General Order 40 issued by the Federal Radio Commission (FRC) in 1928, US and Canadian radio broadcasting frequencies were standardized. Canada was restricted to 6 frequencies, while those in the U.S could use 90. This regulation on the frequencies helped lower interference between radio stations, granting them the name of “clear-channel” stations. Being one of these “clear stations”, CKLW was assigned to the frequency of 840 kHz, and later at 800 kHz in 1941. Most importantly, clear stations were often granted the license to operate on transmitting towers with the maximum effective radiated power (ERP) of 50,000 watts. CKLW radio station was licencsed after multiple applications, and began broadcasting with such power in 1949. 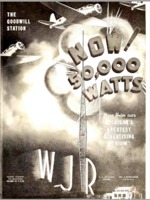 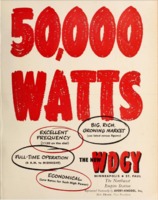 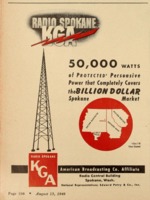 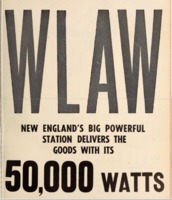 With this amount of broadcasting power, radio stations were able to reach audiences across a vast expanse of land. During the 1940s, it was common to see many radio stations advertising their wide range of radio transmission coverage by having the strength of 50,000 watt transmitter. Bragging about their advanced and powerful broadcasting capability slowly became part of their marketing strategy and the phrase "50,000 watts" became more associated with influential and successful radio stations.

CKLW was not exempt from this phenomonen. Since their beginning of AM broadcasting with the 50,000 watts transmission towers, they actively promoted their upgrades of infrastructure and their power to reach millions of people across the land in Southwestern Ontario and well beyond the borders of Michigan. Consequently, the number of listeners skyrocketed and the demographics of CKLW listeners shifted from county-based to a greater scope of province and state-based. The radio station slowly built up its international reputation and the station started competing with major radio stations in Detroit. CKLW had to find a way to survive.

← From Old to New
Moving to the Broadcast House →
New Technology and Installations
Why 50,000 watts?