Moving to the Broadcast House 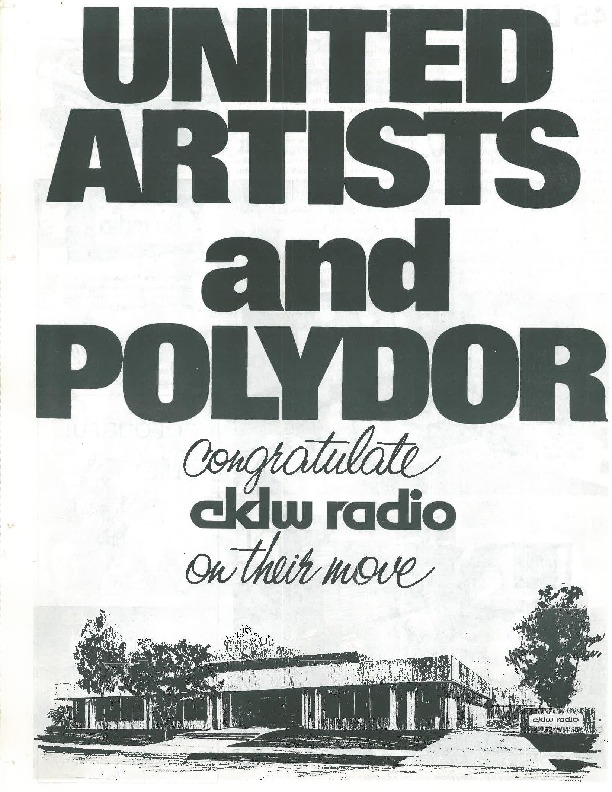 In 1972, CKLW AM radio station moved from the 825 Riverside Dr W to the studio on 1640 Ouellette ave. which is where it’s still located today. The radio studio became more organized, and the office layout allowed a more structured way of carrying out different programs in various working stations. A combination of high organization and up-to-date technology ensured the radio station’s more efficient news production and smoother operations in airing soundtracks.

The News Department is the brain of the radio station’s news reporting channel. Operating 24 hours a day, the newstream staff would answer phone calls and collect information fromthe public. Their messages would then be relayed to the editing team in preparation for the daily news program. The amenities and structure of the offices ensured a direct flow of information in the facility, allowing news to be released to the air as quick as possible. 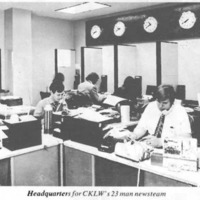 The newsroom gathered sources and information from reporters and the audience day and night. 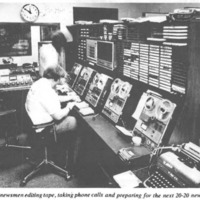 The News editing booth included an assortment of amentities for efficient news production. 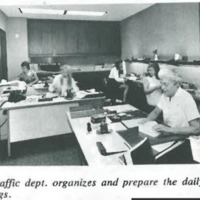 A glimpse of the traffic news reporting section in CKLW. 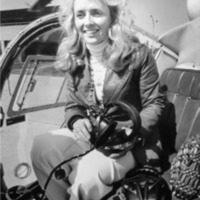 Shutty MacGregor was the first female copter-traffic reporter under CKLW

This is the soul of the entertainment industry and where chemistry happened. While the jock was usually preoccupied with entertaining the audience, the operator would be busy fondling with the switchboard, mixing sound effects with the livefeed, and playing a jingle or a song. The giant music tape rack behind the operator ensured a back-to-back, tight broadcasting format that would later be characterized as the "Boss Format." On the other side of the room, the FM sound station was reservered for airing music records. 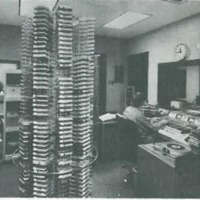 The sound operator sat next to the music tape storage rack 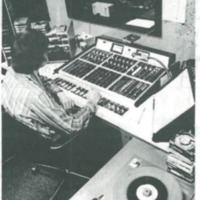 A close-up view of the AM sound control operator. 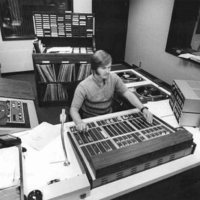 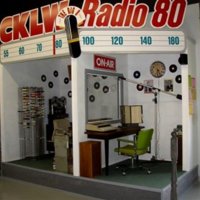 A display of CKLW's control room (left) and the DJ booth (right).

← Why 50,000 watts?
The Shaping of The Big 8 →
New Technology and Installations
Moving to the Broadcast House