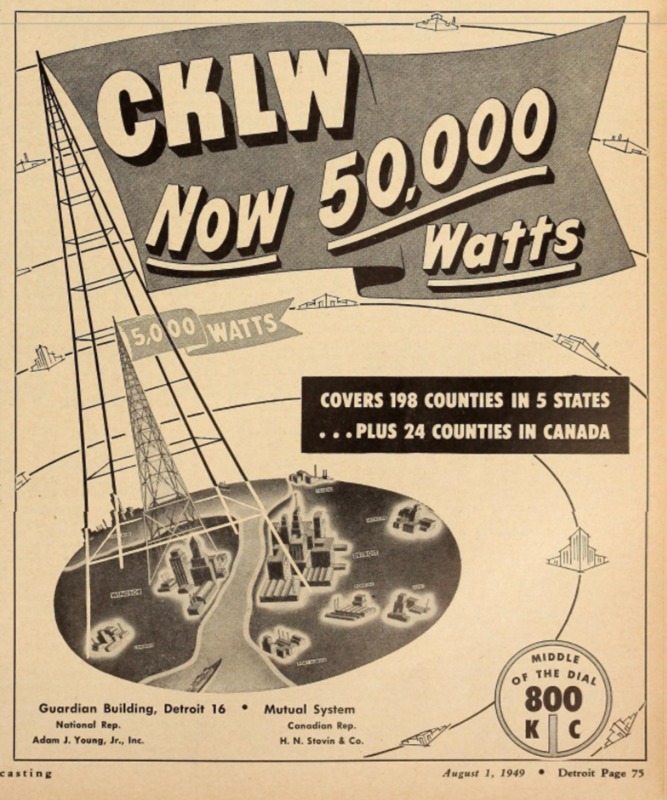 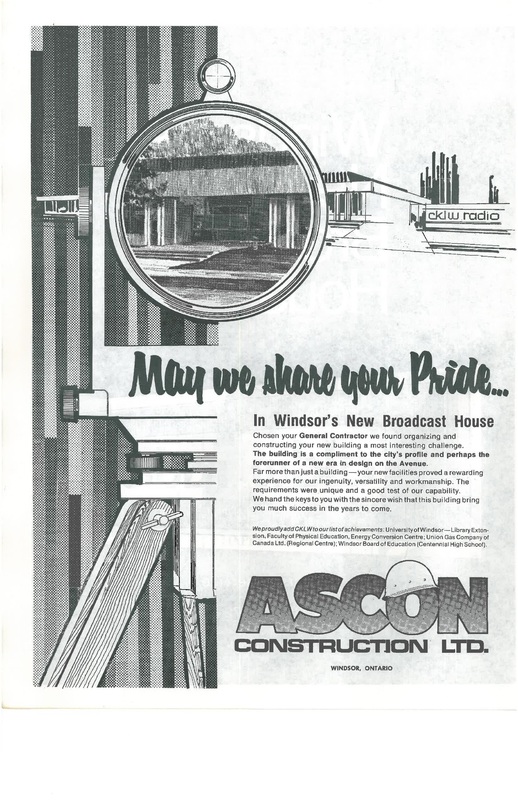 An advertisement showcasing CKLW's moving into the new facilities in 1970.

Since 1949, CKLW increased its radio broadcasting power to 50,000 watts, using the radio transmitting tower in Harrow, Ontario. Because AM radio frequency travels further than FM frequency on a flat landscape, radio signal from the high tower at Harrow can be received from incredibly far away, covering a great number of provinces in Canada and a handful of major cities in the United States. It was not uncommon for CKLW to receive phone calls of listeners from areas as far as far as Toronto, St. Catherines, and the state of New Jersey. To meet the demand from the increasing number of listeners, CKLW aspired to improve its facilities and the quality of programs. This included moving the radio station to a new faciility in 1972. After the move, new upgrades of equipment and facilities were implemented to provide better production and broadcasting services.