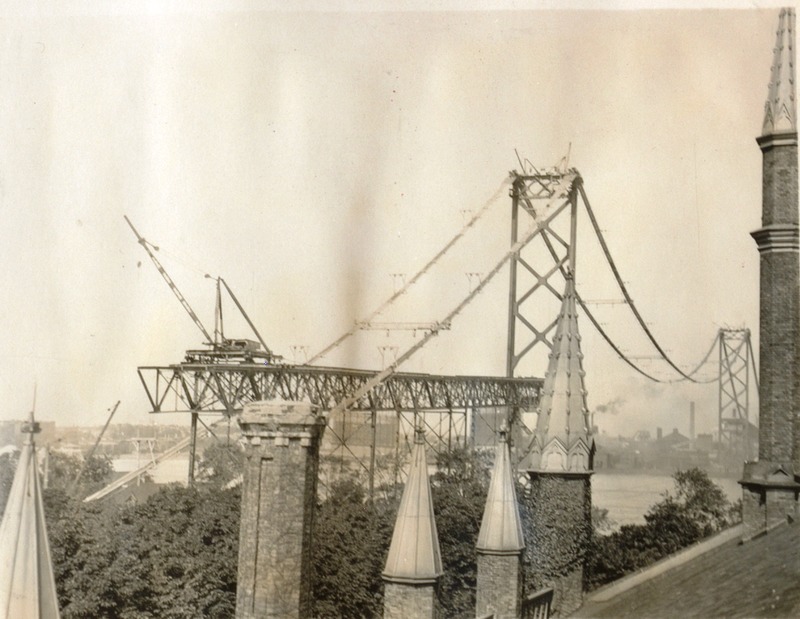 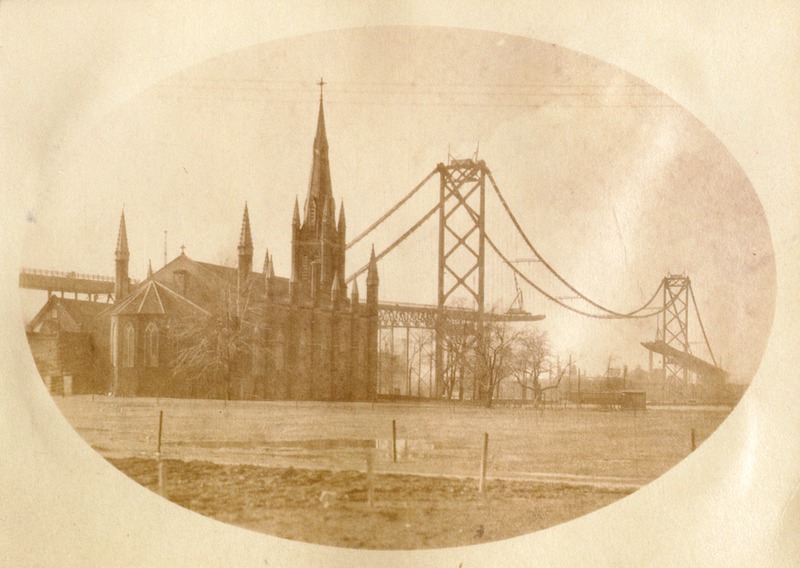 Momentum for an international crossing between Windsor and Detroit began in the early 1920s. The automotive industry was thriving in both Canada and the United States and trade between the two countries was growing steadily. The ferry system that was being used to transport people and industry across the Detroit River could hardly keep up with demand, and it became evident a different type of crossing was needed. In 1910, the Michigan Central Railway spent $8.5 million building the Detroit River Tunnel in an attempt to help elevate pressure on the border, but it was not enough.

John W. Austin, an officer of the Detroit Graphite Company, approached Joseph A. Bower, a New York financier originally from Detroit, with the concept of making a bridge crossing possible. In 1924, Bower agreed to take on the project and obtained the financing and necessary approval from both the US Congress and Canadian Parliament. The McClintic-Marshall Company, a leading bridge company based in Pittsburgh were awarded the contract for the bridge in 1927. The bridge was completed in November 1929, 6 months ahead of schedule.

On the Canadian-side, footings for the Ambassador Bridge fall in the area historically known as Pointe du Montreal, the area of the first local Jesuit Missionary, directly west of the Assumption Church campus. The Ambassador Bridge stands on the traditional land of the Three Fires Confederacy of First Nations, comprised of the Ojibway, Odawa and Potawatomie. 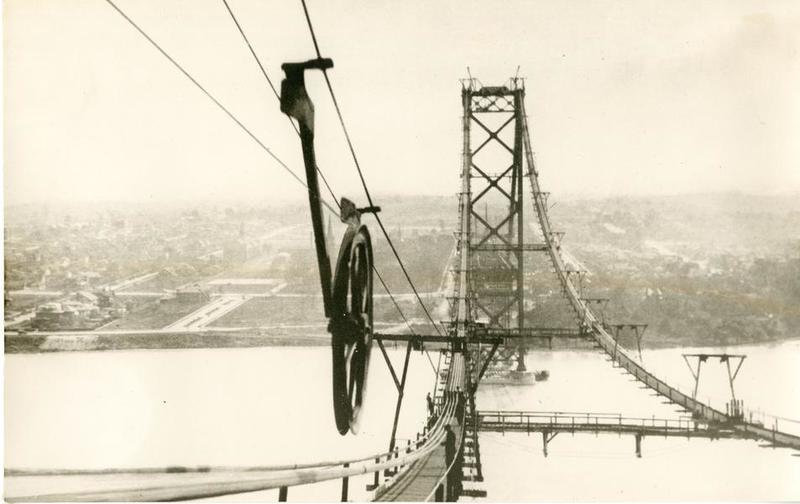