This is a land grant document that incorporates both British and American figures who played roles on the North American colonial arena. James McGill the purchaser of these lands had ties to many people. However, this document connects back to John Askin because Askin was McGills land agent in the Michigan territory few years previous, but was unable to help with this land document due to rising tensions. These tensions were between the newly formed United States of America and the Dominion of Canada. This forced John Askin across the border and into Windsor where he could not work as McGills land agent in Michigan. James McGill, Isaac Todd, and John Askin were the major borderlands business triumvirate that led to major development of both Windsor and Detroit. With John Askin being expelled from the territory of Michigan in 1793 due to his loyalist ties to Britain. He would move across the border to Windsor and handle the business dealings for McGill in the Upper Canada Western District. 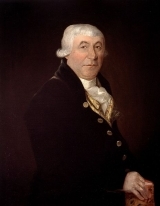 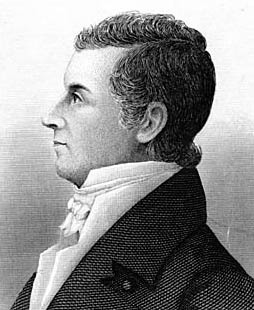 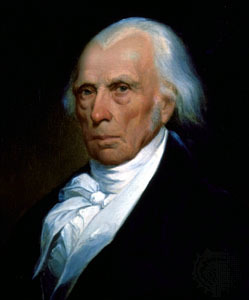 James Madison at the time of Presidency

These three figures were the important names that were mentioned in the documents. Each of these individuals played a pivotal role in the years leading up to the War of 1812 and lived on both sides of the border region. James Madison as president of the United States had attempted to stimulate internal trade because as tensions rose Britain had suspended alot of trade to France. This is how McGill a major business man was able to get away with being a British Loyalist but still able to buy property in America when John Askin had all of his property seized. Edward Tiffin sat on the forefront of the frontier with his state of Ohio being the heartland for Native upheaval through Tecumseh and having Michigan on his border. Michigan was largely undevelopped and so Tiffin advocated for internal support for the region to make it better equiped to face future tensions with Britain.