Born in 1800 in Quebec City, Louis Joseph Fluett came to Sandwich as a Catholic Missionary in 1827. In the years that followed Louis would leave the Catholic Church to take an Anglican bride, study law, and rise to prominence in his new career as an Attorney. Louis served as Town Clerk from 1869 until 1881, when he died at the age of 81. Aside from his career in public service, Louis was an active member of the Sandwich community. Like many men at the time, Louis joined the local militia during the Patriot Rebellion of 1837-38. Under the command of Colonel John Prince, another prominent parishioner of St. John’s, Fluett’s unit was involved in the Battles of Windsor, Pelee Island, and Fighting Island. In addition, Louis was one of nine charter members of the Rose Lodge of Freemasons in Sandwich.

After converting to Anglicanism, Louis and Justine were wed at St. John’s Anglican Church on November 5, 1831. According to the 1851 Census, Louis and Justine lived in a 1½ storey frame house and had four children: Mary, Arabella, Joseph, and Angus. In 1842, Louis fathered a child in what appears to have been an extramarital affair. Levi “Eli” Fluett was born to Louis and a woman referred to only as a former nun. In genealogical records, Louis is listed as Eli’s only parent. However, after his mother died in childbirth Eli was raised by a family in Petite Cote. Though it is unclear who Eli’s adoptive family was, it is interesting to note that Louis’ wife Justine was from the prominent Reaume family of Petite Cote, or present day LaSalle.

Church records clearly document the life of Louis’ daughter Arabella Delancey Fluett. She was born on February 28, 1845, and baptised at St. John’s Anglican Church on June 1st of the same year. On April 10, 1882, at the age of 37, Arabella was married to Cornelius Henry Ashdown, a 46 year old teacher in Sandwich. The couple would have no children. In 1894 Cornelius was appointed to Town Clerk, becoming the eventual successor to his father-in-law, Louis. Cornelius passed away in 1903 and Arabella in 1926. The two share a burial plot in the St. John’s Churchyard Cemetery. 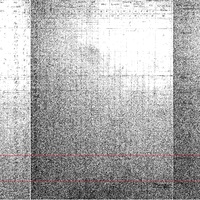 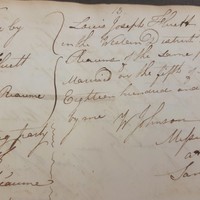 Volume III: A Page from Marriages 1831 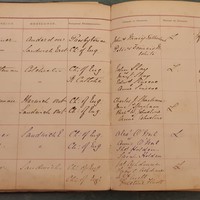 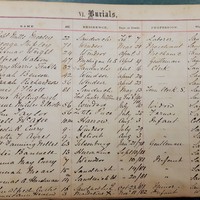 Volume VIII: A Page from Burials 1881 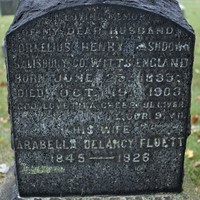