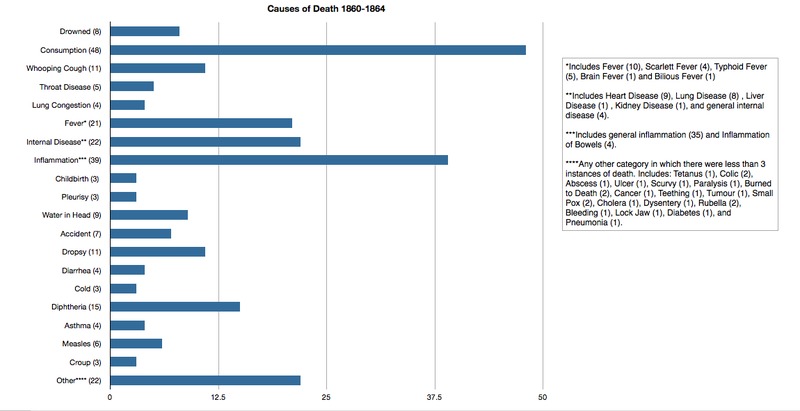 Though cause of death generally was not recorded in the 1840s, there were substantial records for causes of death in the 1860s. Consumption, now known as Tuberculosis, was the most common cause of death, with the Inflammation category coming in at a near second place. Because malnutrition and crowded conditions are closely linked to Tuberculosis, it is likely that impoverished living conditions were the main catalysts behind this category's popularity. This may also demonstrate the community's lack of medical knowledge regarding infectious diseases in the 19th century. Perhaps most interestingly for the present day observer, there was only one instance of Cancer listed, and one instance of “Tumor.” This is a far cry from modern Canadian society, where Cancer has been the leading cause of death since 2005. However, it is important to remember that it is possible that Cancer killed more people during the 1860s than is listed, but the observers at the time did not recognize it as such.