History of the Church: Past to Present 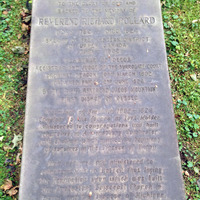 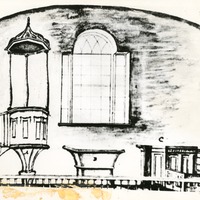 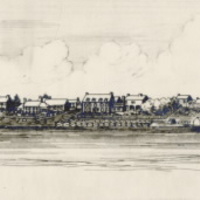 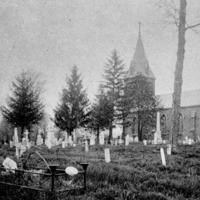 Services at St. John's began in a rudimentary log cabin in 1796. Over the years the parish flourished in influence, but experienced many hardships as well. In 1803 the parishoners erected a building better suited to accomodate their growing congregation. However, in 1813 this church was set on fire and destroyed by invading American soldiers (future President of the United States William Henry Harrison was among the troops of the Kentucky Mounted Riflemen responsible for this act). In 1820 a new church was erected at the same site. But by 1938 fire had once again ripped through St. John's; this time not by an invading army, but devestating for its parishioners nonetheless.

Througout the years St. John's saw its membership grow and jurisdiction fluctuate. In 1821 Protestant services began in Amherstburg, and twenty years later services began in Sandwich South. By 1852 Windsor would hold its own services as well.

The influence of St. John’s Anglican Church extends throughout the Detroit River region. Two decades after its inaugural service in 1796, St John’s had 15 daughter churches on both sides of the border, and by 1880 reached as far as Dresden, Ontario. The 20th century would see three more parishes added in Windsor and LaSalle. Six of these daughter churches are located in Detroit, Michigan. The establishment of St. Paul’s Cathedral in 1805 by Rev. Richard Pollard has been credited with the eventual development of three Episcopal Dioceses in Michigan.

In 1841, Rev. Thomas Earle Welby of St. John’s Anglican began services for the Irish community on Talbot Road in Sandwich South (now Oldcastle). At the time, St. John's cemetary was the only Protestant burial place on the Canadian side of the river. As not all of the Irish immigrants in Sandwich South were of Catholic faith, St. John’s provided a much needed service for the isolated community. Appearing in church records beginning in 1842 as the “Irish Settlement,” St. John’s preformed baptisms, marriages, and burials for the community. Many prominent parishioners from St. John’s were involved in the erection of the community's own parish, St. Stephen’s Anglican Church. Among them was carpenter and English immigrant John Jessop. By the early 1860s St. Stephen's had established its own cemetary; in 1871 the church house was constructed at its current property on Howard Avenue, just south of the original Talbot Road site, where it operates today.