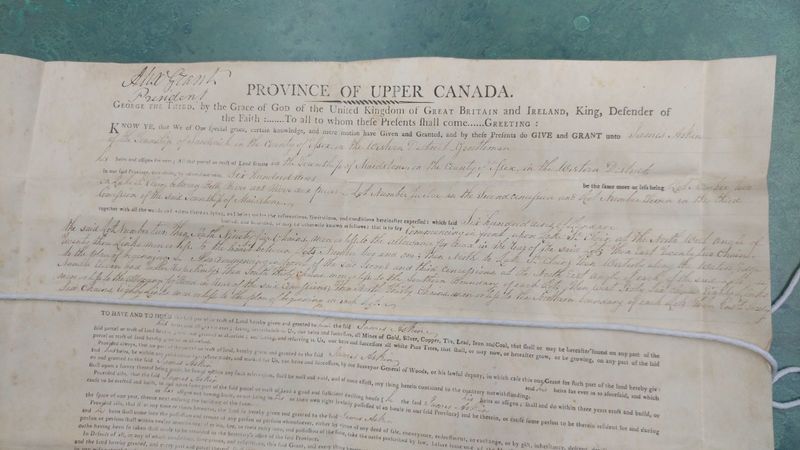 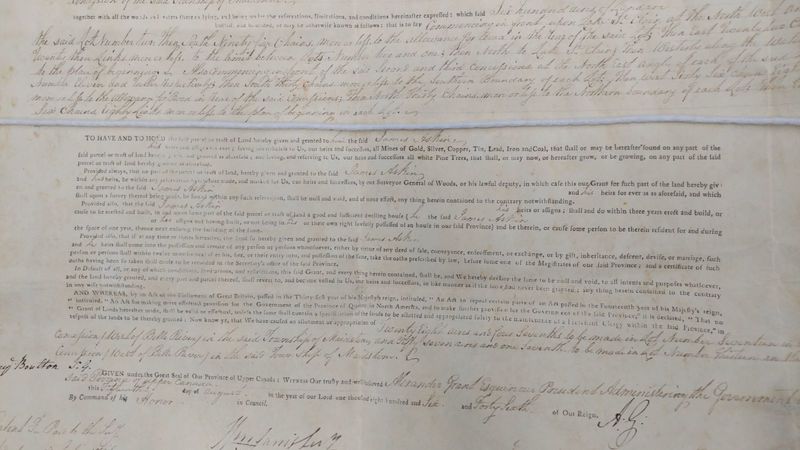 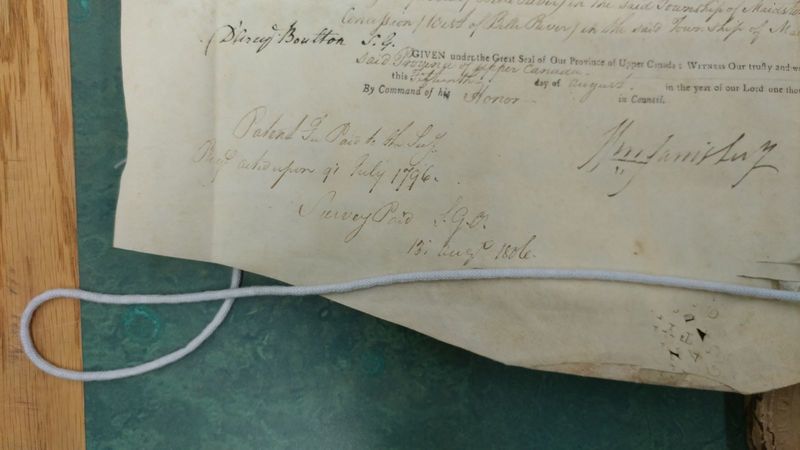 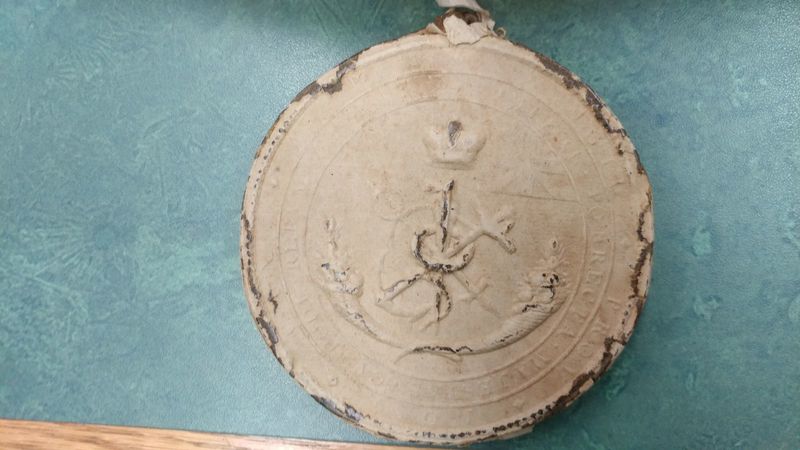 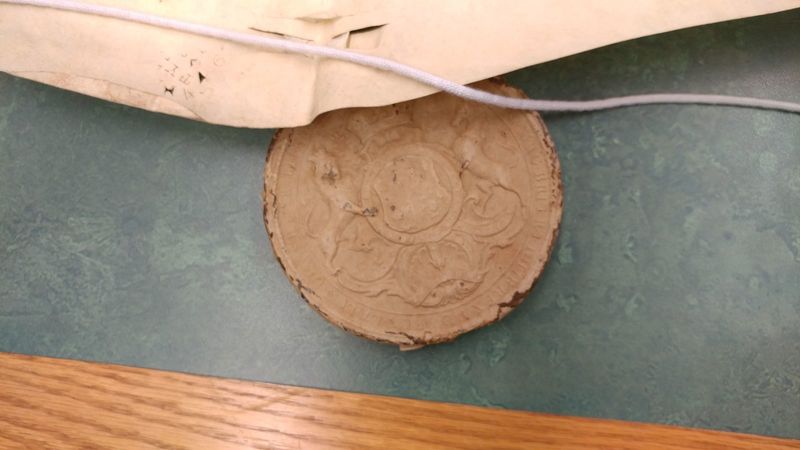 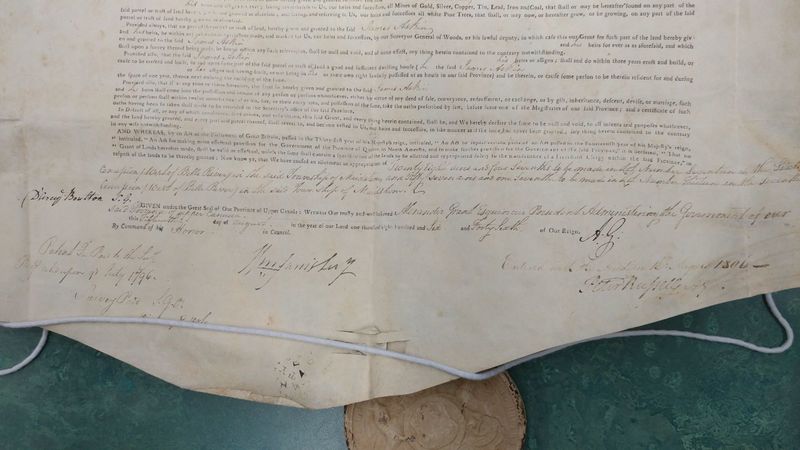 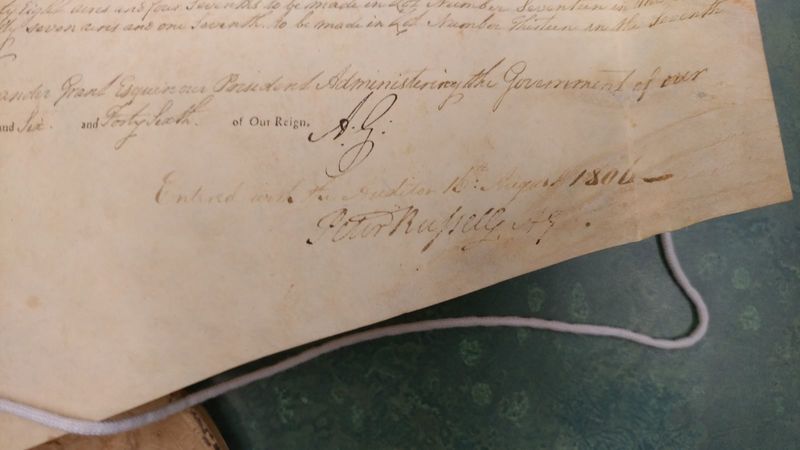 Little is known about James Askin aside from information revealed in the correspondence within the Askin Papers. In 1807, James received six acres of river front property on the south side of the River Raisin from his brother John Askin, Jr. He later served as captain of the militia, and served at Fort Malden during the American’s occupation of Sandwich. According to John Askin, Jr., James was involved in skirmishes along the Canard River and Petite Cote. After his service in the army, James was given two hundred acres of property. The document above declares James Askin the reciever of 600 acres. The gaining of land shows the need for John Askin to keep his wealth through his lands by transferring the land through his family by marriages with powerful other families and powerful figures.

The redcoats in this image are recreators, however they are an example of what the troops that Captain James Askin would have led. These British Colonial troops were the core defence for the Great Lakes in the days before and during the war of 1812. They would have maintained order and ensured that the lands of settlers were protected. Furthermore, as an incentive for those to stay in the region after service there was land that would be provided in specfic sized plots depending on rank. This land was a portion of Crown land in the region.

He was one of the individuals who approved this document, at the time as he was both President Administrator of the entire province of Upper Canada and was filling in as Lieutenant Governor between the death of General Peter Hunter and appointment of Sir Francis Gore. He was also the Commander of the Great Lakes and Lieutenant of Essex county where he facilitated Crown edict and enforcement in the Essex area. This is important because he not only signed the agreement that allows for Captain James Askin to be transfered this land based on his military service, but he was the person who would have appointed to the position of captain to gain this land. Furthermore, Alexander Grant was business partners and close friends with John Askin which helped to ensure that this large property was transferred over quickly and seemlessly. James Askin would have been one of the leaders that worked directly under Grant while he was Lieutenant of Essex. Alexander Grant is closely tied with the Askins and specifically the Askin Papers as an integral part of John Askin's life in the Essex County region.